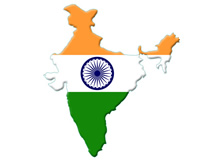 There is growing consensus that the substance of the Mahatma Gandhi Rural Employment Guarantee Act (MGNREGA) needs to shift from welfare dependency to skilling which empowers the beneficiaries to earn a sustained living, and to creating wealth through acquisition of assets, particularly in rural and peri-urban areas, which can contribute to broad-based sustained growth.

This is a belated but nevertheless welcome development, reflecting sound understanding of modern growth drivers, and centrality of productive livelihood generation in India’s public policy priorities. In 2013-14, MGNREGA operated in 644 districts, nearly the whole country even though the Act has the term ‘rural’ in it.

The official statistics of the MGNREGA strongly suggest that the staggering amount of INR 2635 Billion (equivalent to 2.3 percent of 2013-14 GDP) spent under it since its inception in 2005 has failed to generate incomes or assets commensurate with the total economic resources expended, which are higher than just the budgeted expenditure on it as these do not include costs of civil servants at all levels, and opportunity costs of unpaid or partially paid non-governmental personnel.

The benefits of MFNREGA are misdirected, as they are not reaching many intended beneficiaries. As an example, during the 2007-2012 period, Bihar, Madhya Pradesh, and Uttar Pradesh accounted for about 46 percent of the low income population, but received only 20 percent of the funds under MGNREGA.

The lack of sound economic thinking by those initiating and sustaining MGNREGA becomes even more stark when lost opportunities of what could have been done with these resources to advance India’s economic and social progress are taken into account.

Empirical studies undertaken with rigor and with sound scientific conventions almost uniformly find evidence that is consistent with the above assessment. A 2013 study by R. Jha and R. Gaiha, India’s National Rural Employment Guarantee Scheme as it is — interpreting the Official Report, using official data, concludes that “it is difficult to escape the conclusion that the NREGS (National Rural Employment Guarantee Scheme) has not performed well.... It is difficult to rationalize providing even more funds to this initiative.” They also find that “official claims of higher agricultural wage rates and lower migration are mostly exaggerated, if not fantasized…field-report suggests a growing sense of entitlement”. They, also note the growing entitlement mentality among the beneficiaries.

Options for a shift to skilling and creating productivity Assets:

A reformulated MGNREGA needs to contribute to revitalizing the rural and peri-urban economies and societies. Three main sectors with potential to contribute to such revitalization are agriculture, textiles, and construction particularly rural housing. This implies that a broader integrated, coherent perspective with rural revitalization as societal outcome will be essential. The reformulation should be outcome driven and centered on the concepts of EVA (Economic Value Added) and NEV (Net Economic Value). Creating many decentralized growth modes would enable experimentation and local context-specific implementation, while enhancing resilience.

EVA, reflecting value in exchange, is relevant as it takes into account the difference between the profits (or in the case of MGNREGA, overall benefits generated) on the one hand and total economic resources costs of all the resources used. The budgetary expenditure on MGNREGA stated earlier only reflects cash outlay, not the total resources costs, such as the value of services existing government officials paid outside the Act, and use of existing assets. On the benefits side, the assets created, if any, are also not valued.

NEV reflects value generated by use, to which an asset is put, not by exchange. As an example, if marsh land is converted into wetlands attracting bird life, it can be converted into a bird sanctuary. This can encourage appreciation of nature by a variety of groups, such as students, researchers, and tourists, generating a critical mass for investing in necessarily facilities. This in turn generates livelihoods investments, tax revenue, and development of a local area.

The NEV focus thus could lead to more productive use of existing resources, particularly land, other natural resources, and local human skills, an example of which are natural parks. Care however must be taken to incorporate environment and social sustainability in efforts to generate NEV.

The potential of the three sectors, agriculture, textiles, and construction, in rural and peri-urban areas to generate NEV is high. The case for greater investment in agriculture sector is strong. There are indications that a proposal to require 60 percent of the MGNREGA Funds to be channeled towards development of land, water, and trees could be implemented. The thrust of this proposal represents a welcome step and the scope of this initiative could be broadened to making harvesting and post-harvesting activities more viable, and to reduce substantial wastage of agriculture produce.

Steady incomes encourage savings and investments in assets- all of which add to increases in NEV. The caution is that uniform centralized mandates could create rigidities with potential loss of NEV, as such mandates may not be relevant to all contexts and locations. Flexibility in reformulating MGNREGA will thus be essential.

Globally, Food and Agriculture Organization (FAO), estimates that, the direct economic consequences of food wastage (excluding fish and seafood) amount to about USD750 billion annually. Some estimates of agriculture production lost for human consumption in India are as high as 40 percent, 25 percent from farm and plant to truck and 15 percent from truck to consumer. If MGNREGA is blended with encouragement of agricultural infrastructure initiatives, it could contribute even more to revitalizing agriculture sector whose share in India’s GDP in 2013-14 of INR 113.6 trillion was around 15 percent, but could be increased to nearly 20 percent over the next decade if waste is reduced.

The additional NEV of such expansion of scope of MGNREGA for use in agriculture is likely to be substantially above the cost of wage subsidy and other related costs.

In textiles, MGNREGA subsidized labor could contribute to making handloom, spinning, and weaving financially viable for small and medium enterprises, while enhancing skills which can empower the beneficiaries. The employers can be required to provide contracts for, say a minimum of two years, in exchange for the MNREGA subsidy, to ensure benefits that can accrue form a minimum wage and sustainable employment through skill acquisition. Progressive states, such as Rajasthan, whose Chief Minister has given high priority to developing skills, could welcome such an initiative.

Reported plans to modernize Khadi and handloom sectors fit well with permitting MGNREGA funds to be used for the textile sector selectively.

The construction of rural housing, which has very different requirements than urban housing, also merits serious consideration. Designing a method to incorporate this sector would be a challenge. There is merit in considering linking MGNREGA with Indira Awas Yojna and with skilling in construction sector, focusing on rural housing. Portable skills can ensure permanent incomes which in turn could drive wealth creation, and facilitate social mobility.

The real success of the MGNREGA scheme, (as with any subsidy scheme) is when its need diminishes drastically. One of the options reportedly being explored is to limit MGNREGA to selected less developed areas, and reformulate as a scheme (not an entitlement under the Act), and use the freed resources of other government initiatives designed to generate skills, create productive assets, and contribute to broad-based growth.

A scheme enables public policy flexibility, including fiscal flexibility that the Act with its claim on future priorities and resources, does not. Turning MGNREGA into a scheme would be consistent with the desire of the current government for minimum government, maximum governance.

This would be a simpler and more desirable option from economic and social policy perspective, but will requires skillful political management.

The ‘Make in India’ initiative requires specific employable skills, and reformulated MGNREGA should be consistent with this initiative and aim to provide a steady stream of semi skilled labour available.

This article was originally published in Pragati: The Indian National Interest Review, on October 6, 2014.