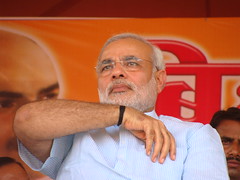 The 2014-15 (Budget Estimate), latest available official data suggests that the combined expenditure of the Union and the State governments was INR 35.4 trillion, equivalent to 26.4 percent of GNP. The key political economy question is whether Indian citizens obtain quantity and quality of public services, amenities, and governance commensurate with a relatively large share of government expenditure in the economy. In the same period, the combined gross fiscal deficit was INR 8.7 trillion, equivalent of nearly a quarter of total expenditure and 6.5 percent of GDP.

Subdued prospects for global economic and trade growth in 2017, and short-term negative impact of “demonetization” (more accurately of currency- swap) on those areas of the economy largely dependent on cash transactions, lend even greater urgency to consider these suggestions. As a consequence, public financial management issues, particularly fiscal consolidation designed to keep aggregate fiscal indicators within prudent limits, and fiscal flexibility, designed to reallocate expenditure efficiently have acquired greater prominence.

It is argued that the following two measures by the Union government and each of the State and Local governments to enhance outcome-orientation of their budgets applied in a context-specific manner, with appropriate planning, including for transition costs and issues, merits serious consideration. These measures could improve efficiency, including lowering of transaction costs, fairness, and generate fiscal space.

The first measure is to explicitly set up an Asset Rejuvenation Fund (ARF) which focuses on making existing assets more productive through modest investments and procedural and related changes (e.g. in procurement methods, contract-management, and internal auditing reforms). There has been pronounced tendency among government and public sector organization to allocate funds for creating an asset, such as administrative buildings, durable assets including computer systems, lifts, furniture, and utilities, land acquisition, highways and local streets and related architecture, rolling stock for railways, and other transport modes, etc., but little or no funding for routine maintenance or continuous investments in existing asset focus on making it more productive.

The decision to classify government budgetary expenditure only as Current (or Revenue) and Capital expenditure from the 2017-18 budget (the plan and non-plan distinction is to be appropriately discontinued) provides an opportunity to nudge the government and public sector organizations at all levels to begin the process of giving as much importance to making existing assets more productive. Lopsided emphasis on new physical asset creation could thus be avoided, while focusing on the substance of the term ‘Capital expenditure’.

Such investments can be expected have very high economic return (to be confirmed by sound analysis in each case however), and social benefits. Perhaps an example will make this clearer. One local level problem in villages and para-urban areas is that of land encroachment. While some of these governments have significant quantity of land as an asset, revenue generating capabilities of these assets is hampered as land areas have not been demarcated.

One possible method would be to plan revenue generating trees fencing the local government owned land to mitigate encroachment, improve quality of asset and provide resources to the local governments. These positive outcomes will not come automatically but need to be competently pursued and managed, with requisite organizational and regulatory changes. Classifying such tree fencing of local government land as part of (ARF) could thus yield economic and social benefits, while creating fiscal space. Use of remote sensing and drone technology being experimented with by the Department of Science and Technology of the Union government could assist in this task.

Another example concerns rejuvenating existing street light with LED lights. It is estimated that nearly INR 100 billion could be saved nation-wide by the UJALA program involving LED lights (http://www.ujala.gov.in/)

If competently pursued, the ARF would greatly enhance the value of the other budgetary changes planned as well. These concern merging the Railway Budget with the main budget (with possibly separate tariff setting authority to make railways a professionally and competently governed and managed organization); and bringing the Budget presentation date to early February, giving sufficient time to pass the Budget proposals before commencement of the fiscal year on April 1. This will avoid Vote On Account practice being followed, and help in better expenditure management.

Enhancing capacity to spend less (undertaking a given project or acquisition with less overall cost), spending well (improving relationship between financial and physical inputs and outputs); and spending wisely (spending to improve household welfare through better public amenities and services) are the essence of any expenditure management exercise.

The ARF, combined with focus on improving public expenditure management, could be regarded as a good example of how relatively small changes (in behavioral economics, termed nudges) could provide disproportionately large benefits. In many areas of public management, locating such areas is essential for substantive but relatively smoother implementation of policy measures leading to better citizen-centric outcomes.

The second suggestion concerns improving treasury and debt management capacities at all levels of government, but particularly at the State and Local government levels. Thus, outdated regulations require many Local governments to keep excess cash balances (in some cases these are considerable, particularly for those which have parted with land for which compensation was paid) either in current account or in fixed deposits. More active treasury management could help generate fiscal resources which in turn would improve local finances, and lessen the burden on households.

As an example, if a local government has INR 50 crore in balances, and they are invested in such assets as RBI bonds and other such public sector bonds, they could provide 0.5 to 1.0 percentage point higher return than a fixed deposit. The local government could potentially obtain additional revenue of between INR 0.25 to 0.5 crore every year, not a trivial amount.

The main constraints in utilizing this revenue source are organizational rigidities, outmoded regulations, weak data systems, and unwillingness to devolve powers to give substance to local governance. Each State needs to approach this avenue to suit its context and policy priorities.

There is a strong case for setting up debt management office in each State, taking a comprehensive view of debt of the whole public sector (including public enterprises, and development authorities). The debt data should include guarantees and potential contingent liabilities as well.

More competent and data-driven debt management and availing of appropriate domain expertise have the potential to improve outcome-orientation, and generate fiscal space for the States.

Indeed, setting up Fiscal Risk Management Office (FRMO), along the lines of Financial Stability functions of the Central Banks, merits serious consideration in the current global and in India’s case national environment and priorities.

There could be other such measures (as an example enhancing capacity and willingness to collect existing taxes, cost recovery fees, and benefit levies at all levels of government, with specific efforts to changing mind -set of both the government officials and citizens toward their contractual, social and civic responsibilities in the medium term could improve public financial management while enhancing fairness and efficiency).

The above analysis strongly suggests that to successfully implement these measures a systemic process orientation and not ad-hoc isolated event-orientation will be essential. Weak management data systems and insufficient weights to policy coherence, organizational coordination, and to requisite skill-sets will also be needed. The focus of the public finances should therefore shift from just financial numbers to outputs and outcomes, requiring focus on management competencies and capabilities.