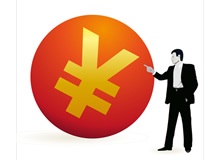 Japan's rise from the ashes of war to the status as a global economic super power was driven by brilliant entrepreneurs like Panasonic's Konosuke Matsushita, Sony's Akio Morita and Toyota's Kiichiro Toyoda. The efforts of these business men were complemented and supported by effective government policy frameworks, a well-educated and assiduous work force, and a financial system that effectively mobilised domestic savings.

When Japan was struck by financial crisis in the early 1990s, it was neither the first nor last country to suffer from financial excesses. But as this ushered in a period of weak economic performance, many aspects of previous successful policies were called into question. Organisation's like the OECD laid out agendas for structural reform to revitalise Japan's economy, especially in the areas of entrepreneurship and innovation. Successive Japanese governments have also adopted economic growth and structural reform programmes.

The need for structural reform has been given higher profile in light of the challenges that leading Japanese electronics and other companies have faced competing on global markets.

Unfortunately, less attention has been given to the Japan's wave of "hidden champions", companies that specialise in high-tech componentry and succeed in their niche markets. They fly under the radar screen because they are not producing highly visible branded consumer products.

For example, it has been estimated that more than half of the parts and components, like capacitors, transistors and the liquid crystal screen, used in the iPhone 5 are made by Japanese manufacturers. And more than 65 Japanese companies supply Boeing with parts and components across its commercial and defense product lines.

These Japanese hidden champions may be "invisible", but they are "indispensable" to global manufacturing supply chains, and also indispensable to the Japanese economy. While advanced economies have become over time more service oriented, manufacturing is still a critical sector in our modern economies, and Japan remains a manufacturing leader.

Of recent times, concerns have been expressed that attitudes of 'risk aversion', notably among Japanee youth, may be holding back the 'animal spirits' of entrepreneurship. Two 'lost decades' of weak economic performance are argued to have taken their toll on a 'lost generation'.

It is significant, however, that several Japanese 'new entrepreneurs' have emerged during these 'lost decades' and made a great impact on Japan's economy. Masayoshi Son's Softbank has the second highest market capitalisation, after that of Toyota, on the Tokyo Stock Exchange. Tadashi Yanai's Uniqlo is taking on casual clothing wear markets with great success in Europe, North America and emerging Asia. And Hiroshi Mikitani's Rakuten has become a world leader in electronic commerce.

The Japanese word 'rakuten', which means optimism, deserves to be the leitmotif for these three entrepreneurs. Hiroshi Mikitani, known to his colleagues as 'Miki', is a particularly striking figure, who has adopted English as the corporate language ('Englishnization'), even in Rakuten's Tokyo offices where has now built up an international workforce. Mikitani had a safe job at the Industrial Bank of Japan, and was reportedly jolted onto the entrepreneurship path by the 1995 Hanshin earthquake in Kobe.

While it may not yet show up in the macroeconomic figures, it seems that more and more young Japanese are taking their chance as entrepreneurs. Incubators and accelerators like Samurai Startup Island and Open Network Labs are providing eco-systems for entrepreneurs. There are success stories like Yoshikazu Tanaka, founder and CEO of Gree, a mobile social gaming business, who is a self-made billionaire and has been called 'Japan's Zuckerberg', after the founder of Facebook. There are also reports of American investors financing Japanese startups.

A new spirit of entrepreneurial confidence is evident in the words of Tadao Ohnaka, President of Langate. "Seen from the outside, Japan probably seems caught in a rut. On the inside, however, a community of young businesspeople is emerging. We are about to witness the end of the postwar economy and the start of a new system altogether."

The return of Prime Minister Shinzo Abe to the leadership of Japan, with his 'Abenomics' programme, has certainly created a surge of confidence and optimism for entrepreneurs. The government's 'Cool Japan' strategy for promoting creative industries like manga, anime, J-pop, film, fashion, architecture, video games, and cuisine also holds great promise. This being supported by a Cool Japan Fund which will help the many smaller creative industry companies penetrate global markets.

Despite these promising signs and trends, much more needs to be done to unlock Japan's 'cool entrepreneurship' potential. Structural reforms of Abenomics' 'Third Arrow' should focus on policies to spur entrepreneurship and innovation. Facilitating greater participation of women in the economy can also help. As Japanese Prime Minister Abe recently said: "Unleashing the potential of Womenomics is an absolute must if Japan's growth is to continue". And research from the OECD and others has also shown that migration can also spur entrepreneurship, especially in the high-tech area.

The creative industries and 'cool entrepreneurship' policy agenda may seem challenging. But the successes of the past and fresh new optimism generated by Abenomics suggest that a new 'cool Japan' could be taking shape.