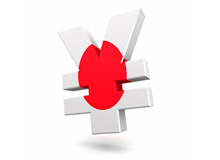 How did Japan get into its debt predicament?

A weaker economy reduced government revenues. The government increased expenditure to stimulate the economy, but often on infrastructure projects of questionable value. Between 1990 and 2008, Japan introduced 15 fiscal stimulus packages containing public works spending, without much positive impact on its growth potential. And as population aging has proceeded, health and pension payments have also increased.

The impact of such high debt on government interest payments has been mitigated thus far by exceptionally low interest rates, currently at less than 1%. A number of factors have kept interest rates low, including persistent deflation, the risk aversion of investors after a prolonged period of sluggish economic growth, the “home bias” that keeps savings in Japan, and ample household financial assets. The central bank has increased its holdings of government bonds to 11.6% of the outstanding stock. Commercial banks hold 38.2%, making them vulnerable to a rise in interest rates.

The government will soon be increasing the consumption tax from 5 to 8%, and with plans to increase it further in the future. But more bold action is required to raise government revenues.

The past couple of decades have seen income inequality (the gap between rich and poor) rise, and the corporate share of national income has also increased substantially. Japanese companies are sitting on mountains of savings.

The government should increase taxes on corporations. But the cosy relations between government and big business mean that this is unlikely.

Social expenditures on Japan's aging population must also be brought under control. This will be hard to do, since Japan's senior population makes up a large and growing share of Japan's voting public. This is most regrettable because the Japanese government is not spending enough on its rising poor and disadvantaged population, like single parent households.

Will Japan suffer a financial crisis? Some analysts say that it is just a matter of time before there is a loss of confidence, and Japan suffers capital flight and a massive financial crisis. Others argue that since over 90% of Japanese debt is held domestically by Japanese banks and corporation, Japan is safe from financial crisis. In other words, the iron triangle will keep things under control. We can't be sure.

What is certain is that it is extremely wasteful for the government to be borrowing money to pay substantially for social welfare for its seniors.

It is also certain that it is grossly unfair for Japan's senior generation to be leaving a massive debt for its younger generation. Each Japanese person born today, awakes to a world with massive debt hanging over it.

Is there a quick fix?

As a recent edition of the Economist magazine proposed, Japan (and other advanced countries) have massive assets, especially in the form of property. This could be privatized, although governments also would need to set their policies on a more sustainable course for the future.

Japan, for example, could offer to sell the disputed Senkaku Islands to China. This could offer a double-whammy of peace and debt reduction!

- The $9 trillion sale: Governments should launch a new wave of privatisations, this time centred on property. The Economist, 11 January 2014.

- Setting out the store. Advanced countries have been slow to sell or make better use of their assets. They are missing a big opportunity. The Economist 11 January 2014.