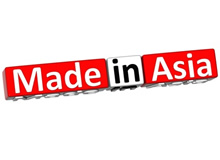 Asian Century hype has taken many forms, for example:

-- Chinese hubris, triumphalism and bully behaviour, as it slowly learns the life and responsibilities of a super-power.

-- American loss of confidence and infighting, as it pulls in its horns following the financial and political excesses of the Bush era, and as it adapts to the arrival of the unpredictable and unreliable Chinese super-power.

-- And naive imaginings by Australian business and government that they had discovered the elixir of eternal economic growth in a resurgent Asia.

It is now clear that the past decade of rapid Asian growth was driven less by market reforms, than by unsustainable factors like the US credit binge, Chinese post-Lehman stimulus, and quantitative easing in the US and Europe. We are now seeing the end of this phase of Asian development.

Indeed, both India and Indonesia have now been placed in the "fragile five" grouping, along with Brazil, South Africa and Turkey. And although the nature of Chinese fragilities are different, its large domestic debt and shaky financial sector pose great economic and political challenges for the regime.

To be sure, an Asian Century scenario still has seductive appeal. The region's catchup potential remains enormous. GDP per capital in emerging Asia is still only a fraction of the West. And although Asia has 60% of the world's population, its share of world GDP is only about half that. Successful catchup strategies could see Asia remain the world's fastest growing region for a long while and eventually account for more than half the world economy.

But Asia is now at a turning point. It now desperately needs to undertake difficult market reforms to drive the next chapter of its development.

Red tape and protectionism are rife, especially in the Big 3 of China, India and Indonesia, and prevent the emergence of really competitive economies. Big Chinese and Indian companies are thus increasingly more attracted to international, rather than domestic, markets.

In many countries, infrastructure is simply appalling. Even in China, which has spent the most building up the country, traffic and public transport congestion is overwhelming in many cities. Rapid economic growth has also taken its toll on the environment, especially on air and water quality.

Education levels look frighteningly good in East Asia (though only mediocre in Southeast Asia and frankly bad in India). But the East Asian reality of rote learning and force feeding in cram schools is also well documented. Critical thinking, creativity and self expression are not high on the agenda in Asia's hierarchical, conformist societies. This undermines Asia's innovation agenda.

The gap between rich and poor continues to widen, even in former middle class societies like Japan. And while poverty may be declining in developing Asia, in Japan and Korea it is rising again. Today, half of Korea's elderly now live in poverty.

Better and sustainable social safety nets are still needed in much of Asia. This will generate stronger domestic economies, as well as fairer societies. And better social welfare might help lift birth rates, and arrest the demographic drama of rapidly aging and declining populations that is now unfolding in North East Asia.

Political scientists are disappointed that Asia's rapid economic development has been accompanied by a deterioration in the quality of governance. Corruption is rife. Rule of law weak. Human rights abuses abound. Democracy is not advancing and consolidating, as the unfortunate case of Thailand testifies. Political instability and weakness are thus threatening economic progress.

Even Japan is now a virtual one-party democracy again -- one of the reasons for its historically insensitive behaviour. One would hope that, as Asia's first developed democracy, Japan would seek the high moral ground vis-a-vis its neighbors. But its nationalistic provocations are merely adding fuel to fires usually lit by undemocratic neighbors. This is undermining the immense potential for trade, investment and tourism between China, Japan and Korea.

The specter of World War 1, a clash between rising and established powers, is increasingly evoked by political commentators -- even recently by Japanese Prime Minister Shinzo Abe. This kind of thinking and talk should be the last thing on our minds. Regrettably, it is not!

But this is Asia today. Economically fragile. Socially divided. Environmentally noxious. Politically unstable. With a tinderbox in North East Asia.

This moment calls for enlightened and wise regional leadership. But even effective leadership at the national level is all too rare in Asia these days.

This means that the role of the US in Asia remains of critical importance -- calming down tensions, promoting reconciliation and dialogue, and by its heavy military presence, acting as a deterrent to conflict.

Despite its frequent acts of provocation, the last thing that China wants is conflict. A military defeat would mean the end of the Communist regime.