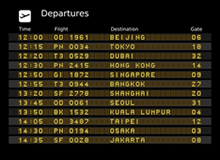 Japan now has more companies (close to 1400) than any other country with offices in the city, and the number has increased by 50% since 2001, reports InvestHK. The investment agency's associate director-general Charles Ng said "these companies have been taking advantage of all Hong Kong has to offer business -- things like its central location in Asia, proximity to Mainland China, international environment, ease of doing business, world-class infrastructure, low and simple tax regime, rule of law, and strong talent pool".

Nissan's corporate functions based in the city play an important role in realising the strategic objectives outlined in Nussan Power 88, a six-year business plan for 2011-2016 that will accelerate the company's growth in the region. Functions handled from Hong Kong include part of Nissan's market research, product planning, and marketing and communications for the Nissan brand for Asia.

"The city has a wide talent pool, an international and open atmosphere and is also a major hub for the global economy. Its proximity to Mainland China and the ASEAN region make it the ideal location to capture the growing market in these areas, " said Takeshi Nakajima, General Manager, Control Corporate Planning Development, Infiniti Business Unit, Nissan Global Co Ltd.

"While we will have some expatriates from Japan, the US and Europe, the majority of staff will be local recruits carrying out key roles in the Infiniti division and other parts of the Nissan organisation," Nakajima said.

Another case is Hitachi Maxell Global, whose major business lines are computer media, batteries, audio and visual media, optical components, electronic devices and accessories. It has consolidated its global functions in Hong Kong that serves as a showroom for its markets worldwide.

"Hong Kong's proximity to Mainland China is the overriding factor behind our decision to move the global headquarters to the city. Many of our contractors and sub-contractors are located in the Mainland," Masaru Kamemoto, President, Hitachi Maxell Global Ltd, said. He also cited Hong Kong's simple and low tax regime, government support, and the city's position as a global financial centre as other key factors.

The headquarters' core mission covers global business planning, and marketing and strategy. On the sales side, Hitachi Maxell's regional headquarters in the Americas, Europe, Mainland China, Asia Pacific, and Japan all now report to the global headquarters in Hong Kong.

According to Junichiro Ikeda, Chairman/CEO of MOL Liner, one of the major reasons for choosing Hong Kong is the availability of trained people. The maritime, logistics and supply chain diploma courses provided by the local universities ensure a steady supply of quality graduates. Other key advantages include the city's well-established history as a maritime transport hub, its proximity to growth markets, excellent infrastructure, efficient government and ease of compliance.

Vector Group, one of the largest PR companies in Japan, has set up its regional headquarters in Hong Kong to manage its rapidly growing Southeast Asian business. It chose Hong Kong because of its highly efficient and English-speaking workforce and the ready availability of PR talent.

"We found Hong Kong's PR talent is every bit as good as their Japanese counterparts and they have better international perspectives," said Hajime Hasegawa, Managing Director of Vector Group International Ltd. "Hong Kong's service level is similar to Japan's and as compared to other mainland cities, Hong Kong is safer and more relaxing and is a pleasant city too".

Kamigumi, the Japanese logistics carrier, has chosen Hong Kong to set up its Asia regional office as an information and decision-making center to oversee its network in the region. Hong Kong's policies and the freedom of doing business were the major reasons behind Kamigumi's decision to consolidate its Asian business in the city.

"We have chosen Hong Kong instead of other cities in Asia as we can benefit from CEPA (Closer Economic Partnership Agreement) and set up offices in the Mainland markets, which currently contribute to 60 per cent of our business. There are preferential tax rates between Hong Kong and China, and as a 100 per cent wholly owned subsidiary of Kamigumi Japan, the Hong Kong office is the natural choice for our regional headquarters," said Masahiro Nakamur, Director, Kamigumi Asia Regional Office.

"These are just a few examples of the many Japanese and other companies which are choosing Hong Kong for their global and regional headquarters," said Charles Ng. "America's General Electric and France's Schneider Electric have also established offices with global responsibilities in Hong Kong. As China seeks to climb the global value chain, Hong Kong's role as an international business hub and global financial center is becoming ever more important."