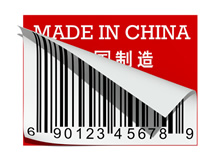 A recent Financial Times commentary titled "China: Turning Away From the Dollar" has led to many heated discussions. It is interesting that the Chinese edition of the paper translated the title as "China Will Rewire Global Finance", based on the main theme of the article. Oh, really? Although many indications show that China seeks to influence, or at least modify, the world financial order - as this is seen as an important way to maximise national interests - it is definitely premature to conclude that China intends or has the ability to reshape the current global financial system.

In the writer's estimation, Shanghai will one day be the centre of the world and the renminbi the currency of choice. For the people of China, who are in a transition from high-speed growth to a relatively slower rate of economic development, these words are very encouraging. Leaving aside whether or not it is realistic, the key question is how long we need to wait for this future. Even the blueprint of the "Chinese Dream", as depicted by President Xi Jinping , does not seem to include such beautiful scenery.

Does China really have the ability to reshape the current global finance?

First, can China reduce its massive holdings of US Treasury bonds? The concern is that such a move may affect US debt financing and global interest rates, thus increasing corporate financing costs and further curbing economic growth in the West. But this worry is alarmist. Although there has been no recent increase in Chinese holdings of US Treasury bonds, there is only a slim possibility that China can reduce its huge holdings in the future.

The truth is that US Treasury bonds actually accounted for only about one-third of China's US$4 trillion foreign exchange reserves (about US$1.25 trillion) at the end of October. Although US debt has had poor performance in terms of preservation and appreciation in recent years, it is difficult to find a safer product with stronger liquidity for an investment of this size within the global market. Note that Japan, a much more developed country than China with a far more advanced financial sector, also holds US$1.2 trillion of US debt.

Second, is China's current financial strategy sufficient to have an impact on the global system? On the one hand, outward direct investment from Chinese companies is expected to reach US$120 billion by the end of this year, while the domestic market continues its integration with the global economy. On the other hand, it has become apparent that China's growing financial needs cannot be satisfied through existing institutions such as the World Bank, the International Monetary Fund, the Asian Development Bank and so on. This explains the need for other options, such as the creation of other financial entities such as the BRICS development bank, the Asian Infrastructure Investment Bank and the Silk Road Fund.

China's investment in these initiatives is estimated to be US$100 billion to US$200 billion, but the initiatives' ability to smoothly serve and promote the foreign expansion of China's economy is still unknown.

By contrast, the World Bank, which started its operation nearly 70 years ago, had a total value of US$52.6 billion in loans, grants and equity investments last year; how long will it take for the development banks established under China's lead to be so extensively influential? How long will it take for the BRICS development bank and the Asian Infrastructure Investment Bank to reach the World Bank's AAA rating level, which enables it to finance at lower costs, making its long-term development initiatives so competitive?

Third, when will the renminbi actually compete with the US dollar? Some believe the process of internationalising the renminbi is going faster than many people expected, because in October, more than 22 per cent of China's trade was settled in renminbi, which has become the seventh largest common currency of payment. But clearly, this ranking does not correlate with the country having the world's second-largest economy.

The internationalisation of the renminbi is currently lagging behind Chinese overseas investment and economic globalisation. As evidence, the Chinese government, which is often good at developing grand plans, still does not have a timetable for one of the basic steps in the internationalisation process - free conversion of the renminbi. If it will happen in 2020, as some unofficial sources say, then now is not the time to worry about when the renminbi will compete with the dollar.

Finally, China must always keep a clear understanding that the current US dollar and US-centric world financial system is closely related to the core economic interests of the United States, and avoiding large confrontations with the US is one of the preconditions for China to continue to develop its economy.

By annexing Crimea and getting militarily involved in Ukraine, Russia incurred economic sanctions from Western countries, which led to a drop in oil revenue, an almost complete collapse of the rouble, and enormous economic difficulties. This is not just a living lesson, but also a warning for China.

The reality is, although China is the world's second-largest economy, the "quality" of its economy still does not match those of the US, Japan and Germany. China will still be at the low end of the international industrial chain in many aspects for a long time. The Apple-Foxconn comparison is a typical example: on one side are hundreds of thousands of skilled Chinese workers who frequently work overtime to earn an annual salary of only a few thousand dollars, while on the other side is one of the world's most profitable and influential companies and served by a much smaller number of the most talented people from all over the world. How, on such a fragile and rather backward basis, can China rewire the global finance?

This article was originally published in the South China Morning Post, 29 December 2014.