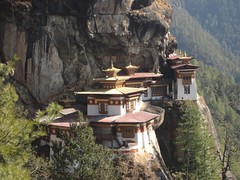 The China factor in India–Bhutan relations

Udisha Saklani and Cecilia Tortajada report on the 24th round of China–Bhutan border talks.
The 24th round of China–Bhutan border talks held in Beijing in August 2016 brought several aspects of South Asia’s geopolitics into focus. China’s increasingly cosy relations with Pakistan, and more recently Nepal, has concerned India for many years. The country now appears to be expanding its presence in the Himalayas through negotiations with another of India’s neighbours: Bhutan.

There is considerable recent evidence of China’s growing presence in South Asia. In August 2015, China signed a series of bilateral treaties with Nepal, after India voiced objections to Nepal’s new constitution and temporarily blocked the transport of Indian goods and fuel to Nepal. While China and Bhutan have disagreed on the disputed tracts of Doklam plateau in eastern Bhutan and the Jakarlung and Pasamlung valleys in northwestern Bhutan, the countries are moving closer to a resolution on their disputed 470 km border (boundary talks have been held annually since 1984). India is paying close attention to China’s strategic intentions in the region.

China–Bhutan tensions date back to the Chinese occupation of Tibet in 1951, which was followed by the publication of Chinese maps that claimed considerable territory in central and northwestern Bhutan. This resulted in closer ties between India and Bhutan along with an embargo on cross-border trade with China. In 1996, China made a proposal to exchange a large claim over the Pasamlung and Jakarlung valleys in Central Bhutan for a relatively smaller geographical portion of Bhutan’s northwestern territory in Chumbi Valley. Chumbi Valley borders Tibet and lies in close proximity to the Siliguri Corridor, one of India’s most strategic and sensitive territories.

Over the years, India and Bhutan have mutually benefitted from strong neighbourly relations based on energy, trade, investment and cultural exchange. India has played a major role in Bhutan’s economic development, assisting to fund the country’s very first Five Year Plan in 1961. Bhutan, in turn, has increasingly helped meet India’s enormous energy demands by selling its surplus hydropower, which is financially and technically supported by India. A crucial element of this partnership is India’s effort to prevent China from negotiating a territory exchange deal that would threaten India’s national security. Reports of repeated, aggressive Chinese incursions into India’s Ladakh region at regular intervals, and China’s sustained interest in the Chumbi Valley, have created a great sense of urgency for India to remain involved in Bhutan’s border negotiations.

Until 2007, India exercised significant leverage over Bhutan’s foreign policy, according to the India–Bhutan Friendship and Cooperation Treaty that was signed in 1949. When Bhutan transitioned from an absolute monarchy to a constitutional democracy in 2008, the Friendship Treaty was renegotiated to give greater autonomy to Bhutan in its foreign policy and its military purchases. But Indian investments, technical support and the India–Bhutan free trade agreement mean that India continues to play a key role in supporting Bhutan’s infrastructure development and economy.

Hydropower in Bhutan, as supported by India, is by far the country’s primary source of energy for domestic use and local industrial consumption, and has been a major export and revenue carrier for the last two decades. The sector drives the economy and contributes to almost 25 per cent of GDP and around 40 per cent of total national revenue. The Indian government has agreed to develop 10,000 MW of hydropower in Bhutan for the export of surplus power to India by 2020. It now looks likely that only 3,000 MW will be developed by 2020. Still, the impacts of hydropower for regional development, under a India–Bhutan agreement signed in 2014 concerning the long-term development of hydropower, have been overwhelmingly positive for both countries.

Yet while India holds an important strategic position in China–Bhutan relations, there is no guarantee that this position is permanent. Bhutan’s position as a small landlocked country situated between two major Asian giants creates an imperative to maintain peaceful ties with both India and China. Over the years, China has firmly gained ground in Bhutan and raised the very real possibility of developing political ties with its small, but critically vital, neighbour.

In 2012, China and Bhutan indicated for the first time the possibility of establishing full diplomatic ties following a meeting between the then Bhutanese prime minister Jigme Thinley and then Chinese premier Wen Jiabao on the sidelines of the Rio+20 Conference in Brazil — without India’s knowledge. This development was taken very seriously by the Indian government, resulting in the withdrawal of India’s petroleum subsidies to Bhutan on the eve of Bhutan’s 2012 general election. India’s response was considered by many political strategists as a definitive message to Bhutan.

India’s relations with Bhutan remain firmly rooted in historic, cultural and, most importantly, shared economic interests spanning several decades. But today’s complicated geopolitical realities mean that it is no longer possible to easily predict the direction of political developments anywhere in the world. China’s diplomacy and the growing economic appeal of its One Belt One Road initiative will likely have significant implications on the region’s geopolitical landscape.

Udisha Saklani is an independent policy researcher working with the Institute of Water Policy, Lee Kuan Yew School of Public Policy, National University of Singapore. Cecilia Tortajada is Senior Research Fellow at the same Institute and Editor-in-Chief of the International Journal of Water Resources Development.

This article was first published by the East Asia Forum on 15 October 2016.