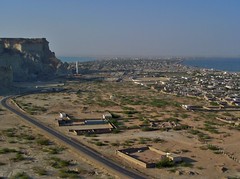 Infrastructure for a China-centric Eurasia?

China’s “one belt, one road” initiative, which seeks to build a China-centric Eurasia, is struggling to get off the ground, writes John West.
In 2013 Chinese President Xi Jinping launched his “one belt, one road” (OBOR) initiative with the aim of connecting major Eurasian economies through infrastructure, trade and investment. This initiative is a key element in Xi's "China Dream" for the great rejuvenation of the Chinese nation, and for China to become the paramount Asian country. Xi has invited OBOR partners to join a “Community of Common Destiny”.

The OBOR initiative comprises two main elements -- the Silk Road Economic Belt, and the 21st Century Maritime Silk Road. The Silk Road Economic Belt will be a network of high-speed railways, roads, pipelines, and utility grids which will provide improved connections between China and Central Asia, parts of South Asia, the Middle East and ultimately Europe. The Maritime Silk Road will create ports and other infrastructure to better connect China with Southeast Asia, South Asia, the Middle East, East Africa and Europe (China already owns the Greek port of Piraeus).

What motivation for the OBOR?

There are several factors motivating China’s OBOR initiative. It could foster new export markets for China, something which is necessary in light of the slowdown in the Chinese economy and its excess capacity in many industries. It could also provide a stimulus to China’s peripheral regions, which are lagging in economic development, as they will become connected to more markets. More generally, China has also been keen to diversify the investment of its foreign exchange reserves, and the OBOR is an attractive investment alternative.

Moreover, the OBOR is an important Chinese economic diplomacy initiative which should boost development and reduce risks of terrorism in partner countries, especially less developed ones which have great infrastructure needs. Indeed, it has been called by some a “Chinese Marshall Plan”. The Silk Road Economic Belt could also help reduce China’s sense of vulnerability due to its reliance on Straits of Malacca and the South China Sea for its energy imports from the Middle East.

The financing needs of the OBOR will be enormous. China’s total investment in the OBOR initiative over the next decade is expected to reach $1.6 trillion, according to preliminary estimates by the China International Capital Corporation. This depasses by many times the capital of the new Asian Infrastructure Investment Bank, New Development Bank and China’s Silk Road Fund, which will only play small roles in the overall financing. Much of the funding will come through loans from the China Development Bank and other Chinese state-owned banks.

The OBOR has a different model from other regional economic initiatives. For example, agreements like the RCEP and (now defunct) TPP mainly concern trade liberalisation and policy reform, whereas the OBOR focuses on improving connectivity. Further, the OBOR is not an organisation like the European Union or a multilateral agreement like the RCEP or TPP. It is a Sinocentric “hub and spoke” arrangement of bilateral agreements between China and each of the participating countries. And these are only political, not legal, agreements. This means that China, as the dominant partner in each of these agreements, will have a tremendous ability to set agendas and advance its own interests.

In this sense, the OBOR is not only inspired by the legendary trade along the Silk Road, but as David Arase once remarked, it is a “backward looking vision of the future” which seeks to recreate a Sinocentric regional order from the past. But the OBOR is clearly the signature project of President Xi, and will remain a very high priority during his presidency, even if it is unwieldy and perhaps overly ambitious.

Mixed reactions to the OBOR

The OBOR has generated mixed reactions. Many have welcomed China’s bold initiative, which promises to help address Asia’s massive infrastructure deficit, and which could provide a much needed boost to economic growth through the market integration it will foster. And through the OBOR China is proving to be a more reliable partner than the US, which abandoned the TPP after several years of hard work by all the negotiating countries.

The ratings agency Fitch has also recently highlighted the risks for China’s banking sector emanating from the OBOR. "OBOR is driven primarily by China's efforts to extend its global influence and relieve domestic overcapacity’, notes Fitch, and “there is a risk that projects … could fail to deliver expected returns.” Fitch has doubts that China's banks can identify profitable projects -- “After all”, says Fitch, “Chinese banks do not have a track record of allocating resources efficiently at home, especially in relation to infrastructure projects”. “Meanwhile, local politicians have an incentive to associate themselves with marquee projects. This subjugation of market forces means there is a heightened risk of projects proving unprofitable.”

The asymmetries of size and power between China and the participating countries make the OBOR unique and challenging. As countries like the Philippines, Vietnam and Japan have discovered in recent times, disagreements with China can lead to punishment by the Chinese government in the form of reduced market access and diplomatic exclusion. China will not accept the role of international tribunals to resolve disputes, such that international law will not play a role in OBOR. And China’s assertive behaviour in the East and South China Seas has only made OBOR partners suspicious of its motives.

Opposition on the ground

On the ground, China has been running into opposition. The upgrade of Sri Lanka’s deep seaport in Hambantota saw street protests and opposition by legislators because of the perceived generous concessions to China. As the port quickly became a loss-making white elephant, the government was forced to look for a way out, which eventually took the form of a debt-to-equity swap granting state-controlled China Merchant Holdings 85 per cent of the port and a 99-year concession to develop its operations. There have also been reports of the Chinese People’s Liberation Army’s navy using this commercial port for visits of military submarines.

The China-Pakistan Economic Corridor is a bold package of investment projects ($44½ billion or about 16 percent of GDP), in energy and transport infrastructure, financed by Chinese loans and FDI. The Corridor is a “flagship project” which will link the Chinese city of Kashgar to the Pakistani port of Gwadar, thereby potentially connecting the Silk Road Economic Belt with the Maritime Silk Road, which would enable China’s energy imports from the Gulf to circumvent the Straits of Malacca..

But this Corridor with Pakistan is running into security troubles as the Pakistani Taliban and other militant groups threaten construction and trade, and as provinces and the central government fight over the allocation of investment. Even the staid IMF has warned that Pakistan’s current account deficit could widen during the investment phase, and that over the longer term, Pakistan will need to manage the repatriation of profits and loan repayments of Chinese investors. As the IMF also warns sharply, "There is a need to ensure sound project evaluation and prioritization mechanisms based on effective cost-benefit analysis ... The procurement process should be transparent and competitive, and there is a need to ensure transparency and accountability in project management and monitoring".

Kazakhstan, a landlocked country, could benefit from infrastructure which opens up the country to Europe. But there have recently been citizen protests against land reforms that would allows foreigners, notably China, to rent agricultural land for 25 years. There is widespread feeling that this would not bring benefits to Kazakhstan, especially since China would import Chinese workers for such agricultural projects.

As India's former Defence Minister, Pallam Raju, once remarked, there is a need for more information sharing. “China is not necessarily a benign power, and it should be more transparent”, said Mr Raju. Other Indian government officials have expressed concerns that the OBOR is a Chinese “national initiative” based on national interests, and criticised its unilateral, rather than cooperative approach.

During a 2015 visit to Beijing, Indian Prime Minister Narendra Modi reportedly told Chinese leaders that China-Pakistan Economic Corridor is “unacceptable” because it passes through Pakistan-occupied Kashmir, an area claimed by India. India fears that Pakistan’s port of Gwadar could become a Chinese naval base, rather than a commercial hub. India understandably fears being encircled in the Indian Ocean by Chinese-financed ports. At the same time, India as South Asia’s traditional hegemon has not offered its neighbours any meaningful alternatives to China’s OBOR initiative.

What are the prospects for the OBOR looking forward? According to Paul Keating, former Australian Prime Minister, and now advisor to the China Development Bank, “What we’re going to see is a reasonably obvious economic colonisation of the 50-odd states between the western border of China up to at least western Europe”

Economic colonisation may well be China’s ambition. And it might well make inroads by greasing the palms of the region’s many corrupt leaders. But like many members of the establishment, Keating may well underestimate the force of public opinion and the populism which is turning our world upside down, and may resist China’s colonial ambitions. In order to realise its ambitions, the Chinese government will have take much greater account of the concerns and sensitivities of local stakeholders and populations.
Tags: china, obor, one belt one road, new silk road