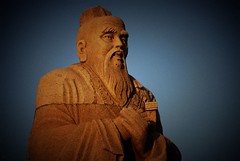 China is stepping into a soft power vacuum as the US retreats under Trump, Asit K. Biswas and Cecilia Tortajada.
Soft power is the ability of a country to shape other countries’ views, attitudes, perceptions and actions without force or coercion. Its importance has been acknowledged for centuries, though the term was only coined by American political scientist and author Joseph Nye in the late 1980s.

A country’s soft power depends on many factors, including its performance, global image and international reputation. A state can use soft power to attract supporters and partners towards its policies, views and actions.

Take, for instance, the case of China’s giant pandas.

In 685 AD Empress Wu Zetian of the Tang Dynasty presented two giant pandas to the Japanese emperor. More than a millennium later, in 1941, Chinese leader Chiang Kai-Shek gifted another pair to the Bronx Zoo in appreciation of the US’s wartime help. Pandas remain a hallmark of Chinese soft power even today.

These animals have become symbols of China’s efforts in wildlife preservation and environmental protection. They are a way for China to communicate a caring and genial approach and culture.

And soft power will remain a key strategy for China into the coming decades. In October 2017, at the governing party’s national congress, President Xi Jinping outlined steps to enhance China’s soft power and make its culture more globally appealing:

We will improve our capacity for engaging in international communication so as to tell China’s stories well, present a true, multi-dimensional and panoramic view of China, and enhance our country’s soft power.

China is stepping into a soft power vacuum created by the US’s new administration. Since Donald Trump was elected president, the US has eschewed soft power. It’s withdrawn from a global climate change agreement; renegotiating a number of bilateral treaties and taken an openly “America first”, and somewhat isolationist stance. Its cordial relations with many traditional allies have become strained.

China has spotted the gap and is attempting to woo many countries whose US relations are wavering. One of China’s key weapons is the “One Belt, One Road” programme, a USD$900 billion initiative that aims to strengthen land and sea transportation links through major investments in transport infrastructure in Asia, Europe and Africa.

This is the equivalent of the US’s Marshall plan, which significantly improved West European countries’ economies after World War II. This help was not altruistic; nor is China’s “One Belt, One Road” programme. Assisting other nations through economic growth is a way of wielding soft power and advancing a country’s global standing. This will be important for China, which needs to counter its reputation as a one party state with hegemonic intentions.

How soft power has featured

China’s economic success, massive infrastructural development, academic and research progress, cultural heritage and success in sports will continue to increase its soft power in the future.

Culture and tourism are always important aspects of soft power. Some 138 million tourists visited China in 2016, a growth of 3.5% over 2015 Similarly, 122 million Chinese visitors went abroad in 2016, a growth of 4.3% over 2015. This increasing interchange of the visitors will give foreigners an insight into Chinese culture, history and its economic might – all of which will further enhance China’s soft power.

China is also emerging as a global leader in terms of academic and research progress. High income countries’ share of global research and development (R&D) expenditure fell from 88% to 69.3% between 1996 and 2013.

China alone filled this gap. It increased its share from a paltry 2.5% to 19.6% in 17 years. Recently, China’s average annual R&D expenditure growth has been 18.3%, compared to an anaemic growth rate in upper and middle income countries of 1.4%.

Increased educational and research activities have ensured that the number of foreign students in China is increasing rapidly. China now ranks third in attracting foreign students, after the US and UK. Its universities are climbing the global rankings. This, along with rapid internationalisation, policies that support foreign students, and affordability of study and living costs compared to the West, means China could soon become the top destination for international students.

And the reverse is also true. Of some 5 million international students pursuing higher education outside their countries, nearly 25% are Chinese. It’s another form of cultural interchange that will contribute to China’s soft power, as are the many Confucius Institutes set up around the world to showcase China’s culture, history, language, economic and social development. The idea is somewhat similar to the UK’s British Councils, Germany’s Goethe Institutes and France’s Alliance Francaise.

China fills gap left by US

American soft power, on the other hand, is now in retreat.

The asymmetry of views between leaders of the world’s two soft powers has made Xi the poster child for globalisation, free trade and international cooperation.

Meanwhile, Xi is singing from a different hymn sheet. Also in Vietnam, he noted in his speech that globalisation is an “irreversible historical trend” and championed multilateral trading regimes.

He presented a vision of the future that is interconnected and invited “more countries to ride the fast train of Chinese development.”

China’s rise as the world’s leading soft power will not be without hurdles. It must tackle border issues with its neighbours; navigate the current South China Sea disputes and find solutions to its extensive environmental pollution problems, among other things.

Despite these challenges, the US’s many missteps and China’s demonstrated social and economic success – as well as its increasing use of soft power – mean that the Asian giant is on the rise.

This article was originally published by THE CONVERSATION January 8, 2018.

- China steps into soft power vacuum as the US retreats under Trump, Asit K. Biswas and Cecilia Tortajada. THE CONVERSATION, January 8, 2018.