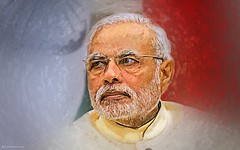 Anil Trigunayat highlights India's renewed relationship with the Nordic countries.
After three decades, Prime Minister Narendra Modi visited Sweden from April 16-17 on a bilateral and multilateral visit for the first Indo-Nordic Summit in Stockholm at the invitation of PM Stefan Lofven. Leaders from Denmark, Finland, Iceland and Norway along with their Swedish and Indian Host had a wide-ranging interaction with PM Modi for an in-depth exchange and for evolving a concerted action-oriented regional strategy with this important and technologically advanced region especially in the field of clean technologies, environmental solutions, port modernization, shipbuilding food processing, health, agriculture, infrastructure, skill development and innovation which are also the focus areas of India’s development. In addition, the Nordic Prime Ministers explored bilateral collaboration potential with their Indian counterpart. Last major visit from India was only in 2015 by former President Pranab Mukherjee while King Gustaf visited twice and so did PM Lofven. The relationship that was beset by the Bofors scandal and India’s nuclear tests has come out of the closet and on an upbeat curve.

The two countries enjoy the cordial relationship and excellent cooperation in regional and international fora. Sweden supports India’s membership of the expanded United Nations Security Council (UNSC). Sweden supported India in its membership of the Missile Technology Control Regime (MTCR) and has extended full support in India’s bid for its pending membership of the Nuclear Suppliers Group (NSG). The two countries have been supporting each other on reciprocity for their non-permanent memberships in the UNSC and various positions in different organs of the UN and other multilateral fora. Mutual economic interests have emerged as the driving force in the relationship. Swedish companies like Swedish Match had come to India in the early 20th century and major Swedish MNCs like Ericsson, Atlas Copco, ABB, Electrolux, Tetra pack and Volvo and H&M have become household names. Ikea is the latest entrant although for decades they have been sourcing billions of dollars of products from India for their global stores. Over 180 companies are working in India in diverse areas while Indian IT companies are doing a lot in Nordic countries.

While welcoming PM Modi in an editorial in a national daily, PM Lofven admitted that the rise of modern India had affected Sweden in multiple and profound ways. And that “No important global conversation – whether on climate change or cyber security – is complete without the voice of India. PM Modi has shown a strong dedication to these vital global issues. Under his leadership, India has ratified the Paris Agreement and is making the Sustainable Development Goals of the 2030 Agenda a priority objective.”

We could also work with them in third countries and continents like in Africa, perhaps in the ambit of the Asia Africa Growth Corridor, where their Aid agencies have already been quite active. I recall that in the 1980s when we became the member of the African Development Bank in Abidjan we were part of the Nordic constituency for some reason but that worked very well for us. In my view, this could emerge as a truly 21st-century partnership given the technological slant and institutional and industrial depth in the Nordic countries.

Anil Trigunayat is a former diplomat served as the Ambassador to Hashemite Kingdom of Jordan, Libya and Malta.