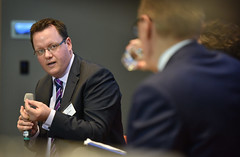 How Asia goes to war

John West reviews "The Four Flash Points : how Asia goes to war", by Professor Brendan Taylor.
Perhaps the most important factor facilitating Asia's rapid development since World War 2 has been the relative peace that the region has enjoyed, especially since the end of the Vietnam War. But as Professor Brendan Taylor argues in his recent excellent book, peace in Asia is now threatened by four "flash points", and there is a very real risk of war breaking out in the coming decades.

The four flash points are: Asia's crucible on the Korean Peninsula; the bitter enmity between China and Japan over the Senkaku/Diaoyu islands in the East China Sea; the South China Sea, which is becoming a "Chinese Lake"; and the coming cataclysm in Taiwan. The underlying factors potentially driving Asia to war are unresolved disputes dating from World War 2, and China's new assertiveness, under President Xi Jinping, following China's reemergence as Asia's leading regional power.

In the case of the Korean Peninsula, Taylor argues that, notwithstanding the new diplomatic activism by North and South Korea and Donald Trump, "a history of failed diplomacy doesn't augur well for the future". Regarding the East China Sea, this "flashpoint's balance of military power is firmly in America and Japan's favour (but) ... As China's strategic weight increases, it will almost certainly continue to test Japanese and American resolve around the disputed islands. The US-Japan alliance will need to adjust to meet that challenge".

No-one is happy about China's constructions and militarisation of islands and other formations in the South China Sea. "But the only way America can successfully stare China down is to convince Beijing that it is willing go to war should Beijing refuse to change course", writes Taylor.

Taylor argues "The United States would be much better served by stepping back now". But he worries that "with Pyongyang and Washington now walking back from the brink of war, and with US-China rivalry intensifying, the chances of Trump pursuing the most sensible course of action over the South China Sea are slim".

Taiwan is a "ticking time bomb", according to Taylor. "America's military ability to defend Taiwan is already at its limit. The US advantage will likely be gone in a decade, as Chinese military advances and favourable geography combine ... a better course for Washington would be to gradually ease off on its commitment to defend Taiwan...". "America risks its own future in Asia, along with the prospects for stable regional order, should it recklessly" try to stop China gaining control of Taiwan.

What concerns Taylor most of all is the risk of "crisis slide". Asia could well slide into an unwanted war due to the intensifying connections between the flashpoints, together with "a strange complacency about the prospects for conflict in Asia", after decades of peace. This situation is hauntingly similar to the lead-up to World War 1, where great powers stumbled mistakenly into war. Thankfully, each chapter explores the possibilities of resolving tensions.

"The Four Flash Points" is a very important book, which highlights some of the greatest risks facing the Asian Century, and should be required reading for all Asia-watchers and regional policy makers.

- Brendan Taylor. The Four Flashpoints: How Asia Goes to War.