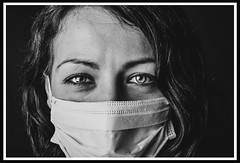 China must be held accountable

The Covid-19 crisis has highlighted the bankruptcy of China’s authoritarian governance which facilitates coverup and fake narratives that puts the health of the world’s population at risk. But strangely, it has also shone a light on the deep fissures in US politics, which hobble the response of the world’s most powerful country. It is shackled by erratic and sluggish leadership, an inability to forge a national response as states squabble with Washington, and the gross deficiencies in the country’s public health system.

As China and the US compete for global primacy, they are also doing an appalling job in their international relations. China’s management of Covid-19 started with a domestic coverup and manipulation of the WHO, and has progressed to bumbling attempts at touting the superiority of its authoritarian system. Some attempts at soft power have flopped as China has sold masks and Covid-19 test kits of poor quality.

Few advanced countries have fallen for Chinese soft power diplomacy. US President Donald Trump has said that China should be punished if it was 'knowingly responsible' for the Covid-19 crisis. British Foreign Secretary Dominic Raab, deputising for Prime Minister Boris Johnson, said China will have to answer hard questions on how the coronavirus outbreak happened and on whether it could have been prevented. French President Emmanuel Macron told the Financial Times it would be “naive" to think China had handled the pandemic well, adding:

“There are clearly things that have happened that we don’t know about."

Poorer countries which depend on Chinese largesse, may however find themselves more beholden to China, as Beijing seeks to create some strategic advantage from the Covid-19 disaster.

In sharp contrast to President George W. Bush’s initiative in 2008 to create a G20 leaders’ meeting to manage the global financial crisis, Donald Trump has shown no interest in working with the international community to tackle this virus which knows no borders. International meetings, organised at the instigation of other countries have achieved very little, and foundered on US insistence that Covid-19 be called the “Wuhan virus" in official communiques.

Overall, the Covid-19 crisis has led to a deterioration in US/China relations, which were already bad in the context of the trade war and strategic rivalry. Reports that China knowingly added a pandemic "exit" clause to its trade agreement with the US, days before going public with its first reported coronavirus case, only make matters worse in the agreement. The inability of these two countries to cooperate for saving lives leaves the world in a parlous state.

The WHO has not crowned itself in glory either, in sharp contrast to its good work on other pandemics like Ebola, and also in the Pacific. Like all international organisations, it is vulnerable to pressure from member countries. But in this case, it has been unacceptably subservient to China.

In January and most of February, the WHO wasted precious time as it parroted lines from Beijing. Indeed, the Australian government felt so moved that on 1 February it defied WHO advice as it implemented a ban on travellers from China. Two days later WHO Director-General Tedros Adhanom Ghebreyesus hit out at Australia for these travel restrictions.

Perhaps the most egregious of the WHO’s anomalies is the exclusion, because of Chinese political pressure, of Taiwan from the WHO -- especially since Taiwan has been one of the world’s very most successful managers of the Covid-19 crisis.

Donald Trump provoked a storm of criticism when he recently announced that US funding for the WHO would be put on hold for 60 to 90 days pending a review of the WHO’s warnings about the coronavirus and China. While Trump has every reason to question the WHO, his venom towards the organisation is widely considered to be a Trumpian ploy to divert attention from his own incompetence.

The reality is that the WHO, warts and all, is a very necessary international organisation, and has done much good work in the past. If anything, it needs to be strengthened, looking ahead. If the US does withdraw from the WHO, this would leave a big gap which China could fill, leaving global health subject to the whims of the Chinese Communist Party.

Perhaps the best suggestion is that by the Australian government for an independent international enquiry on the origin and handling of the Covid-19 crisis, including the role of the WHO. In today’s chaotic world where neither world leader can be trusted, we need middle powers like Australia to step up to the plate, and inject some good sense into the international system. In the meantime, the WHO Director-General would do the organisation a favour by resigning immediately from his position, and allowing a more credible figure to take over.

- John West. Time For China And The WHO To Fess Up. Global Economic Intersection, 22 April, 2020.