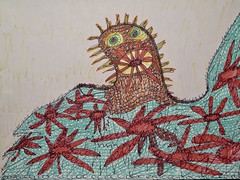 The Covid-19 crisis has struck a divided and fragile world, whose divisions will only be exacerbated by the crisis, writes John West.

Neither China and US is crowned in glory

The Covid-19 crisis has come along at a moment when the world is in the midst of great power rivalry between China and the US. But strangely, the crisis has highlighted deep shortcomings in both these superpowers.

The exact cause of Covid-19 is not yet sure. But Covid-19 clearly originated in China, and seems most certainly to be the product of bad governance and management, although China may never reveal the exact details. And the full impact of the crisis in China is still unclear as most analysts doubt the veracity of Chinese statistics.

For its part, the US has not been crowned in glory. It now has the world’s highest number of Covid-19 cases and deaths. And this American catastrophe has highlighted the country’s erratic and sluggish leadership, an inability to forge a national response as states squabble with Washington, and the gross deficiencies in the country’s public health system.

International cooperation is a victim of Covid-19

As China and the US compete for global primacy, they are also doing an appalling job in their international relations. China’s management of Covid-19 started with a domestic coverup and manipulation of the WHO, and has progressed to bumbling attempts at touting the superiority of its authoritarian system. Some attempts at soft power have flopped as China has sold masks and Covid-19 test kits of poor quality.

Few advanced countries have fallen for Chinese soft power diplomacy. US President Donald Trump has that China should be punished if it was 'knowingly responsible' for the Covid-19 crisis. British Foreign Secretary Dominic Raab, deputising for Prime Minister Boris Johnson, said China will have to answer hard questions on how the coronavirus outbreak happened and on whether it could have been prevented.

French President Emmanuel Macron told the Financial Times it would be “naive” to think China had handled the pandemic well, adding: “There are clearly things that have happened that we don’t know about”. However, poorer countries which depend on Chinese largesse, may find themselves more beholden to China, as Beijing seeks to create some strategic advantage from the Covid-19 disaster.

In sharp contrast to President George W. Bush’s initiative in 2008 to create a G20 leaders’ meeting to manage the global financial crisis, Donald Trump has shown no interest in working with the international community to tackle this virus which knows no borders.

International meetings, organised at the instigation of other countries have achieved very little, and foundered on US insistence that Covid-19 be called the “Wuhan virus” in official communiques. Hypersensitive China would never accept such naming and shaming.

Overall, the Covid-19 crisis has led to a deterioration in US/China relations, which were already bad in the context of the trade war and strategic rivalry more generally. The inability of these two countries to cooperate for saving lives leaves the world in a parlous state.

The European Union has also been stumbling in its management of the Covid-19 crisis. This political and economic union has shown insufficient sympathy for badly affected countries like Italy and Spain, and there has been little coordination in member country responses to the crisis. Freedom of movement, one of the pillars of European integration, has been compromised as countries erect barriers.

Indeed, one of the most defining features of the Covid-19 crisis has been the acceleration of nationalist trends that have been evident for some years.


World Health Organisation in the spotlight

The WHO has not crowned itself in glory either, in sharp contrast to its good work on other pandemics like Ebola, and also in the Pacific. Like all international organisations, it is vulnerable to pressure from member countries. But in this case, it has been unacceptably subservient to China.

In January and most of February, the WHO wasted precious time as it parroted lines from Beijing. Indeed, the Australian government felt so moved that on 1 February it defied WHO advice as it implemented a ban on travellers from China. Two days later WHO Director-General Tedros Adhanom Ghebreyesus curiously hit out at Australia for these travel restrictions.

Perhaps the most egregious of the WHO’s anomalies is the exclusion, because of Chinese political pressure, of Taiwan from the WHO -- especially since Taiwan has been one of the world’s very most successful managers of the Covid-19 crisis.

Donald Trump provoked a storm of criticism when he recently announced that US funding for the WHO would be put on hold for 60 to 90 days pending a review of the WHO’s warnings about the coronavirus and China. While Trump has every reason to question the WHO, his venom towards the organisation is widely considered to be a Trumpian ploy to divert attention from his own incompetence.

The reality is that the WHO, warts and all, is a very necessary international organisation, and has done much good work in the past. If anything, it needs to be strengthened, looking ahead. If the US does withdraw from the WHO, this would leave a big gap which China could fill, leaving global health subject to the whims of the Chinese Communist Party.

Perhaps the best suggestion is that by the Australian government for an independent international enquiry on the origin and handling of the Covid-19 crisis, including the role of the WHO. In today’s chaotic world where neither world leader can be trusted, we need middle powers like Australia to step up to the plate, and inject some good sense into the international system.

The Covid-19 crisis has revived debates about the benefits of authoritarian governance versus democracy. And nowhere is this more relevant than in the case of China. It is highly unlikely that China’s initial coverup of Covid-19 would have been possible in a democracy with freedom of the press and speech -- nor would the deep scepticism about China’s Covid-19 propaganda and doubtful statistics. But China’s ultimate extreme and apparently successful lockdown in Wuhan was also facilitated by authoritarian governance.

But the real lesson is that competent governance, be it authoritarian or democratic, is the key to managing crises like Covid-19 or indeed any other crisis. In Asia, success stories have included soft authoritarian countries like Singapore and Hong Kong, along with vibrant democracies such as South Korea and Taiwan.

And while the US and UK have broadly competent governments, years of right wing policies have debilitated public health systems leaving their populations vulnerable to any health crisis. Surely one of the most astonishing sights of recent times was the UK Prime Minister Boris Johnson expressing his gratitude to the National Health Service (NHS) for saving his life. The NHS is more often than not a subject of opprobrium by Tory politicians like Johnson.

In a world where everything seems politicised and polarised, perhaps one of the most reassuring sights in some countries has been the prominent role given to scientists and medical professionals in government policymaking. There have also been many reports of excellent cooperation between scientists and medical professionals from China and the US.

It is of course a tragedy that politicians don’t accord the same respect for science when it comes to global warming. Our populations are obviously more concerned with their own lives than the lives of their grandchildren.

Since Covid-19 is a virus that does not respect international borders, effectively tackling it requires countries working together constructively with openness and transparency. Unfortunately, this has not been occurring.

On the contrary, the Covid-19 crisis is leading to an acceleration of unfortunate recent trends in international relations, namely, the growing contest for global power between China and the US, a retreat of the US from international leadership, major efforts by China to change the international order to fit its interests, and a further rise of nationalism in many countries.

The liberal international order that underpinned over seventy years of economic development is unravelling. Today, international relations may be in their worst shape since at least the Cold War.
Tags: china, covid-19, coronavirus