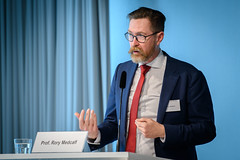 A meditation on the region – the arena of Australia’s greatest strategic focus – puts China’s rise in historic context, writes John West.
Napoleon was prescient in that he said when China “wakes she will shake the world”. In the space of four decades, China has built up the world’s largest economy in purchasing power parity terms. It is the largest trading partner of virtually all of its neighbours. It has become a revisionist power that wants to change the international order to fit its interests. And somewhat ironically, China’s position as a global power may even be strengthened by the fallout of the Covid-19, even though it was where the virus first emerged.

The region of the world most shaken by China’s awakening is the “Indo-Pacific” according to Rory Medcalf in his new book, Contest for the Indo-Pacific: Why China won’t map the future. This region, spanning both the Indian and Pacific Oceans, was propelled to centre stage by economics, especially energy trade, by China, Japan, South Korea, Taiwan, Australia, India, and the nations of Southeast Asia. Indeed, it was in 1993 that China became a net importer of oil, and it was then only a matter of time before it returned its navy to the Indian Ocean for the first time in 600 years.

For those of us schooled in the terminology of the Asia-Pacific (which excluded South Asia), the Indo-Pacific can seem like clumsy new jargon. But Medcalf, a professor and Head of the National Security College at the Australian National University, argues with great erudition that the term has a long history, going back to the year 1850 at least, and was long used in marine science and other fields. The Indo-Pacific is fundamentally a maritime region.

Australia was the first country to adopt the Indo-Pacifiic concept for navigating this region, which is the arena of Australia’s greatest strategic focus. Indeed, facing both oceans as it does, Australia is perhaps the quintessential Indo-Pacific nation. The Indo-Pacific concept has since been adopted by Japan, the US, India, the Association of Southeast Asian Nations, and others, as they articulate strategies to grapple with China’s rise.

Medcalf’s book can read at times like an exercise in semantics. But it is more than that. He describes the Indo-Pacific as a “mental map” which speaks of power, strategic imagination, and a world view. It can thus help us all understand the broad implications of China’s rise and the contest for regional power. And even if China might wish to do so, any one country would struggle to dominate the Indo-Pacific or protect its regional interests alone. It is inherently a multipolar region because it is too large for hegemony. This calls for partnerships among nations in order to preserve order.

It is not surprising that Medcalf, as an Australian, should see a special role in the Indo-Pacific for middle powers, like his own country, Japan, India, Indonesia, and others. When grouped together they have very important economic and strategic weight. “By the 2040s, the combination of Japan, India and Indonesia is projected to outweigh China in GDP, military spending and population”, writes Medcalf. These projections now seem questionable in light of the Covid-19 crisis, which exploded subsequent to the book’s publication and will likely hit India and Indonesia very hard.

Medcalf does not argue a case for constructing a new regional, institutional architecture. The region already has a plethora of institutions such as the East Asia Summit and the ASEAN Regional Forum, which are Indo-Pacific in all but name. Medcalf does emphasise the importance of “minilaterals”, small groupings of three or four countries. In this context, the Quadrilateral Security Dialogue has emerged as an informal strategic dialogue between the United States, Japan, Australia, and India.

Medcalf’s book does seem at times like a meditation on the notion of the Indo-Pacific. And some readers will, like me, be entranced by his voyages into history, science and other fields. But this is an important book. It is one of the few books that brings together all the relevant background and arguments over the fast-changing region.

That said, Medcalf leaves me, as a fellow Australian, rather uneasy about Australia’s security future. While the term Indo-Pacific might be a message to both China and the US that they are not the only two nations that count, it is highly likely that neither hears or is able to process that message. As I have seen through my career, both governments are instinctively bossy in international relations. And the prospect of middle powers teaming up effectively to balance China seems highly unlikely. India and Indonesia are both burdened by weak state capacity, the impact of the Covid-19 crisis, and looking to the future they may not necessarily share Australia’s strategic goals.

Medcalf argues that Beijing’s hasty regional expansion in the Indo-Pacific is unsustainable over time. There is a great risk of overstretch as China must cope with domestic challenges such as debt, ageing population, environmental problems, and the coronavirus, as well as pushback from other countries. Beijing will need to find a “settling point” for its ambitions, according to Medcalf. But as China seems to be already bouncing back from the Covid-19 crisis, its position as an Indo-Pacific power is arguably strengthened for the moment.

- Rory Medcalf. Contest for the Indo-Pacific: Why China Won't Map the Future