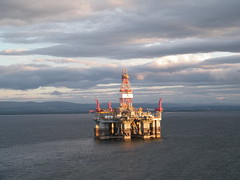 Despite recent advances in renewable energy production, we still live in a fossil-fuel driven civilisation. Global energy challenges remain deeply political.
Since the Industrial Revolution, rapid economic development has been powered by fossil fuels, notably coal, petroleum and natural gas. While this has generated substantial improvements in human well-being, even today almost a billion of the world’s citizens still do not have access to electricity, and many more suffer from supply that is of poor quality.

The use of fossil fuels has had devastating effects on the natural ecosystem, notably the planet’s climate. This has stimulated a dramatic increase in the consumption of renewable energies like solar, wind and geothermal, however from a very low base. Thus, fossil fuels still account for around 80 percent of the world’s primary energy consumption.

Some high energy-consuming parts of the world — especially East Asia and Europe — only have limited local supplies of energy resources, which tend to be concentrated in certain parts of the world. This means that energy questions are at the heart of modern geopolitics and have been the source of international conflict. For this reason, a new volume, Global Energy Politics, by Thijs Van de Graaf and Benjamin K. Sovacool is very welcome.

This book provides a wide-ranging panorama of global energy politics, which the authors define as “the struggle over who gets what, when, and how in energy use and production from an international perspective.” In doing so, it builds an analytical framework that combines the tools and insights of political science, economics, development studies, physical geography, and sociology. The first part of the book discusses the implications of our fossil-fuel-based energy system on international relations, while the second part examines ongoing and future changes in the global energy system.

The authors argue that the rise of China has sent shockwaves through world energy markets. China is now the world’s largest energy consumer, the biggest emitter of greenhouse gases, the fifth-largest producer of oil, the seventh-largest producer of natural gas, and the largest miner of coal. It is also the world’s largest producer, exporter, and installer of solar panels, wind turbines, batteries, and electric vehicles. And yet the actual share of renewable energy has been declining, as it hasn’t kept pace with China’s growing appetite for energy.

A crucial vulnerability for China is its utter dependence on world markets to supply its economy with energy and other resources. Indeed, China was self-sufficient in crude oil until the mid-1990s, but it has since become the world’s biggest net importer of crude oil. The authors write that “China’s dependence on foreign oil is expected to rise to 80 per cent by 2030, and on foreign gas to 42 per cent by 2030.”

As the authors note, Chinese firms have thus embarked upon an “oil safari,” with billions of oil contracts signed with African countries — for which they don’t hold meetings about environmental impact assessments, human rights, bad governance, and good governance. Through its Belt and Road Initiative, China is making great efforts to secure its access to energy supplies, including through investments in infrastructure.

It is a pity, however, that the authors did not do more to highlight how China’s influence is rapidly growing across the Middle East, as the US’ commitment to the region seems to be waning. For example, Beijing is reportedly the biggest foreign investor in the region, with most investment going to traditional US allies, many of which are keen to acquire Chinese military technology. China is now Iraq’s biggest trading partner. And Beijing is actively involved in the Afghan peace process. At a time of growing great power rivalry between China and the US, Beijing’s growing influence in the Middle East only leaves Japan, South Korea, and Taiwan – close US allies – more vulnerable, as they are even more dependent on Middle East energy than China.

The chapter on the environment provides a very good overview of the environmental impacts of energy and global climate governance. But unfortunately, it does not offer many insights into why countries like Australia have struggled to implement effective climate change policies.

Fortunately, for the Australian case, Marian Wilkinson’s recent book “The Carbon Club” tells an intriguing story of how a network of influential climate sceptics, politicians, and business leaders fought to block the implementation of a carbon price. For those of us who are already concerned by reports of Chinese interference in Australian politics and society, it was disturbing to learn how agents of American climate denialism had such an influence on the Australian government. A key element of this campaign was to focus on challenging the science of climate change in order to undermine the moral imperative of action — rather than appearing to be just protecting vested interests.

Australian readers may also be disappointed by the light treatment of their own country which is, in reality, a major player in global energy politics. For example, according to a recent report by the Australia Institute, the climate impact of Australia’s fossil fuel (coal, oil, and gas) exports is the third highest in the world, ranking behind only Russia and Saudi Arabia exports in terms of global emissions. The new research also finds that in absolute terms, Australia is the world’s fifth largest miner of fossil fuels, ranking behind only China, USA, Russia, and Saudi Arabia.

These reservations aside, Global Energy Politics provides a very sound overview of the topic and would be an excellent read for undergraduate and post-graduate students tackling the subject.