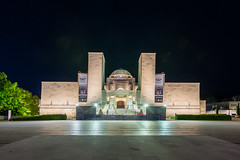 Australia's security partnership with the US

Glen Robinson explores some thorny questions about Australia's security partnership with the US.
"These are anxious times. Not since early 1942 have Australians felt so in need of allies yet been so unsure of their major ally…. Canberra is eagerly, even desperately, looking for new protectors."

These comments come from Hugh White, and are quoted in Friends, Allies and Enemies: Australian Foreign Affairs.  Hugh is one of Australia’s foremost commentators on the need for Australia to have a forward defence system and this has more documented reasons for the systems. Yet has our security partner for the last 70 years been reliable enough to be a real partner? and there are sufficient reasons to question their reliability and ability to provide real security. Do we need a Security Partner?? That question is explored in this article.

In Australia, we have continued to base our security on our “Security Partner”, the USA and theirmilitary might, which is agreed is formidable, but is it actually functional? The armed conflicts over the last 3 decades are quite interesting as the USA conflict against the rice farmers in Vietnam finished in a humiliating situation, and the armed conflicts against the goat herders in Afghanistan and Iraq are still ongoing after almost 20 years, without a satisfactory conclusion. Does that tell us we had a sound partner providing military security??? Many people now recognise that the USA is on somewhat of a decline and some say a rapid decline and we should now seek a new Security Partner, but there are those who suggest we can do it alone. If we look back a little at the history of the ANZUS treaty which was signed in 1952 and in which USA, Australia and New Zealand agreed to provide military assistance and other security issues if invited, this provided a ballast against inward aggression and the system seemed to work well until 1984 when New Zealand indicated that no nuclear powered or armed vessels would be allowed into NZ waters, and the USA responded in 1986 by cutting NZ from the treaty but continued to honour the agreements with Australia. So that left New Zealand without a security partner, and it seems to operate without difficulty, and in fact it appears that it has become far more individual and has prospered as an international contributor

Do we need a Security Partner??? That is a question which there is no real answer. The famed and fabled Hugh White insists that we do, so where do we get one??? A Google search turns up many companies which can provide security, but there are no countries offering their services, but there are alliances which can serve the same ends, and this seems to be the way to go, as there are notable formations being established which will take time to formalise and these are addressing not just military capability but many other geopolitical issues.

Of course, all this is a bulwark against the Chinese aggression and assertiveness, but one must wonder” is it absolutely necessary”?? Sure, we hear vague rumours about the Chinese desire to change the world into its own model, it’s supposed militarisation of the South China Sea, and as our foreign minister infamously recently said that China was using the Covid pandemic to “undermine liberal democracy to promote their own more authoritarian models” Rather strange and undiplomatic words from a diplomat.

There is that strong group which are claiming that we can do it alone, that we do not need a Security Partner, and that is the course we will explore in this article.

We have relied on the security of the USA for several generations, but there has been one occasion when the “security” of the USA was sought and not offered, and unfortunately the details of that event are clouded in mystery and the truth will probably never be known, except that the people of Timor Leste were severely adversely affected.

What can also be construed is that when the Kiwis told the USA to take their nuclear gear and go, thereby cutting themselves off from the “protection” of the ANZUS treaty, the country has actually has actually bloomed and blossomed, and has taken a leading role in events in this part of the world. Its opinion is sought and appreciated. No adverse effects were felt nor have befallen them since. So why the bellicose screams for a “security partner” from the Australian authorities? There is no credible answer except to speculate that we now must think and act on our own initiative and not at the beck and call of another. This is an anathema to us.

There has been a real call for Australia to arm itself for the future and prepare defence equipment, and so we proceed to equip ourselves with armed submarines and there has been significant and loud criticism of the project, initially for the reasons that the projects were selected, their construction location, the cost and the delivery time.

More latterly the actual concept has come under concerted criticism, as we ponder that the future conflicts are not going to be conducted with 1960’s weaponry, but will be conducted with digital technology, smart technology, and we are already seeing this with the use of drones, but importantly with the reported hacking of the various systems, which can be a means of obtaining information and intelligence and it can be a means of disrupting and or destroying that information contained in the system. Current events clearly indicate that we are arming ourselves for a conflict of the 1960’s and not of the 2030’s, but more importantly and probably dangerously, our thinking is of the same 1960’S order.

So, what to do???? There seems to be a clear path ahead and that is to realise that the world has changed, and that brash militarism no longer is relevant nor effective but that our protection lies inour intelligence and contribution to the global wellbeing.

We can be a leader in our geography, where our opinion is sought and respected, where our presence is honoured, and we have a significant and positive influence on the geopolitics of the
region and beyond. We throw off the yoke of “deputy sheriff”.

This entails a wholehearted commitment to developing relationships with our neighbours, entering into alignments and organisations which have similar objectives such as Five Eyes, Quad etc , dumping ideology in favour of science as a basis for decision making and going full speed into the intelligence collection and analysis.

What is apparent is that we are severely lagging in this field if one uses the use of the data as an indication, Robo debts, the NBN debacle in “overlooking thousands of potential customers” the failure of the governments contact tracing systems, and so it goes on, are examples of failure to adequately use the data available or to seek appropriate data, and to use analysis on that data. Professor Lesley Seebeck [1] has listed the dangers of technology driven approach

 Firstly, the technology has fostered an attitude of seeking more surveillance and data, rather
than competent analysis
 Secondly, there is a developing idea that more data is better, and unfortunately that ignores
the fact that it is the analysis which is important
 Thirdly, the rigorous analysis is too often overlooked
 Fourthly, with the proliferation of intelligence gathering agencies, the intelligence community
may be competing with large private sector companies which are focussed on media opinion,
and
 Lastly, we are liable to forget the real purpose of intelligence gathering.

The point is made that informed intelligence is needed so that appropriate analytical assessments can be undertaken, and that does not necessarily mean more data, but an effective analytical evaluation is far more important, and relevant.

This leads to the clear observation that being armed up with 1960’s weaponry does not guarantee or even suggest that you are protected, but we must be armed up with clever technology, so what is that??? What must we do to be self-protected, and it is assumed that self-protection is the ultimate, even though we may link up with a like minded country to share our security?

The issues we must address begin with treating our neighbours and trading partners with respect regardless of their politics or political leanings. We do not have to “love” our customers.

Then we come to education, and that is at the high-tech education end, with a real bias to AI, digital, cyber ability, all the clever technologies.

It is postulated that the post Covid world will be vastly different to the pre Covid world, the differences being as blatant as the 1960 ‘s submarine compared with the high-tech cyber abilities
relevant today. To get to the level of technology and understanding and use of it, we must engage in real cutting edge technology and stop trying to pretend we are on top of it when we are not even on the same page. This is going to take a herculean effort to admit we need to address the latest, identify what we need to do, take the steps to begin the education process and adopt the learning from that process. At the same time, we need to “pivot” away from the military thinking of the past, and perhaps it will not be possible to do so with such a militaristic culture still leading the western world.

I am hoping that we can move to a more measured approach, adopt the technology, and become a more self-assured nation, confident of ourselves and our future and become a valued geopolitical leader for our region and beyond.
Tags: asia, anzus, australia, us