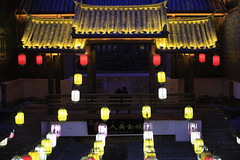 China's rise exposes the 'myth' of the liberal global order

Why do we hear so much about the liberal global order, when the truth is, it never existed? It was never a global order and it was not liberal, argues Stan Grant.

The phrase itself is a modern invention coming into vogue really only in recent decades, yet it is presented as holy writ.

In the past few weeks, this mythical order has been invoked as a means of dealing with a disruptive, authoritarian China.

Australia's top diplomat, Frances Adamson, has said we need to reinforce a resilient, flexible and open system that can sustain peace in a more complex and competitive geopolitical era.

Adamson, the head of the Department of Foreign Affairs and Trade, told the Australian National University's National Security College that we have entered an uncomfortable period for liberal democratic nations like Australia, but that the solutions are still found in global order.

The promotion of this order accelerated after the end of the Cold War in the 1990s, a period of Western triumphalism when then US President George HW Bush talked about a new world order and, later, President Bill Clinton could lecture the Chinese Communist Party that it was on the wrong side of history.

This was hubris that assumed the supremacy and universality of liberal democratic values. Simply, it meant: get with the system or get left behind.

Mahbubani says the 1990s marked the end of Western domination and a turn to the rise of Asia, particularly China.

Harvard University professor Joseph Nye has reminded us that "American dominance was never as great as some myths make it out to be".

The world is not the West, and liberal values are not universally embraced.


The post-1945 order was not global, it was American

Fewer than 20 per cent of the global population lives in the West, yet Western nations have dominated global power.

The post-1945 order was not global — it was American. It did not include the Soviet Union or China.

The post-war institutions were controlled by the most powerful countries — what political scientist, Michael Barnett, has described as a club of liberal states with their own exclusive associations.

These Western liberal democracies preached the virtue of liberty and freedom at home, yet when it suited their interests, would support despots abroad.

As Barnett put it, this was not a liberal world order, but a world order created for liberal states.

The seeds of this were sown after World War I and the foundation of the League of Nations. In his magnificent book, The Twenty Years Crisis: 1919-1939, Historian Edward H Carr reveals a utopian vision of a world built on faith in liberal reason.

Reason, it was believed, could banish war and govern politics. As Carr says: "The wish is father to the thought."

Leaders of the time believed they could rewire human behaviour, put collective good above individual or national interests.

It was always flawed, but as US President Woodrow Wilson said when asked about the League of Nations: "If it won't work, it must be made to work."

Of course, we know now that the world lurched again to catastrophic war in 1939.


Power shifts from West to East

Today, we can hear the echo of Wilson's words from those who insist that if the liberal order doesn't work, it must be made to work.

How to do that when the biggest engine of economic growth — and a rival to American power — is a repressive, authoritarian regime that rejects liberalism and harbours resentment at what it sees as a century of foreign domination and humiliation?

This requires building stronger alliances with nations that share liberal values, while recognising that old-style big power intervention is limited in a world where Russia and China are stronger.

Nye says the Paris Climate Accords and the World Health Organisation present opportunities for US-China cooperation even as they continue their great power competition.

Of course, that is easier said than done in a climate that has been called a new cold war.

A politically realist view suggests that if we are to have anything akin to a global order in the 21st century, it cannot be an American dominated order.

If the old order is having problems, Barnett says, it is less to do with the weakening of liberalism and more to do with a need to overhaul the rules as power shifts from the West to the East.

Brookings Institution scholar Thomas Wright says global leadership has come at a great cost to America, not just abroad but at home. Americans, he says, "have never been particularly enamoured with the liberal international order".

As he points out, Americans have wanted to pull back and expect other nations to share the burden.

Wright rejects the idea that China or Russia can simply be "accommodated" into a global system; it is a "fantasy" or at worst, a "devil's bargain". China and Russia want more than just accommodation.

The return to rivalry was inevitable, Wright says, a clash of the "free world and a neo-authoritarian world".

Maintaining a liberal order, he argues, "completely misses the point". He prefers a "free world" strategy that preserves liberty at home and abroad. It means pushing back against neo-authoritarians and that requires all "measures short of general war".

We are in a world with no easy choices, and utopian belief in universal liberalism is not the answer. Despite wishing it so, China has not become like the West. It has grown richer, stronger and more authoritarian.

It has not been on the wrong side of history.

It is one of the liberal fantasies that we can vanquish history. The late historian Eric Hobsbawm wrote of the 20th century that "the historical memory was no longer alive".

Young people, Hobsbawm said, grow up in a "permanent present". But in the late 1980s and early 1990s "an era in world history ended, and a new one began".

China and Russia have long, hard memories. History has never died there.

Hobsbawm concluded his study of the 20th century, The Age of Extremes, with a warning: we may not know where we are going, but history has brought us to this point.

He said we cannot prolong the past: if we do we will fail. We must change, he said, or "the alternative to a changed society is darkness".

This article was first published by the ABC on 13 December 2020.