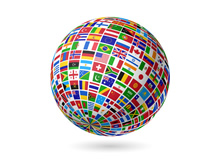 As tens of thousands of Iranians thronged the streets of Tehran to commemorate the 35th anniversary of the 1979 Islamic Revolution -- a world-historical event, which ended several millennia of dynastic rule in favor of a hybrid theo-republican system in the country -- there was a palpable sense of change in the air.

On the surface, the whole nation reenacted a decades-old ritual of revolutionary self-assertion. There were the massive Iranian flags, familiar anti-Western chants, and ostentatious display of military achievements -- to the amusement of children and adults alike. There was neither a shortage of revolutionary fervor, nor any clear indication of a popular challenge to the regime. Unity and national self-determination framed the spirit of the whole spectacle.

After three decades of isolation, and three years of punishing sanctions, there are, however, growing signs that Iran is finally prepared to join the community of nations like never before. Challenges abound, and hardliners in Iran and Western capitals are mobilizing their forces against any meaningful change in Tehran’s relationship with the outside world. But there is a genuine possibility that Tehran’s top leadership is seriously contemplating a reset in its foreign relations, especially towards the United States (U.S.).

Given Iran’s tumultuous history, marked by ancient glories and modern humiliations, optimism is a luxury few people can afford. Time and again, Iran’s lofty ambitions for reclaiming its rightful place in history have been thwarted by the menace of despotism, external intervention, and misplaced hubris. Yet, more and more have audaciously embraced the possibility of a better future, despite the awry state of the Iranian economy, which has been struggling with a vicious stagflation.

Contrary to the common view that debilitating Western sanctions are responsible for Iran’s internal political transformation, the shift in Iran’s international outlook, however, has more domestic roots. The mid-2013 election of Hassan Rouhani was an unequivocal endorsement of a new form of politics by the overwhelming majority of the Iranian electorate. Both the reformist factions as well as moderate conservatives backed Rouhani based on the realization that he was the “perfect insider”, a man capable of peacefully reshaping the Iranian body-politic from within.

As a consensus-candidate, Rouhani promised a politics of pragmatism and moderation, which transcended the populism of neo-conservatives and the liberal agenda of the reformists. The Rouahni administration, in effect, represented a new synthesis, which combined national interest, realist calculations, and domestic liberal reforms. As an important regime figure with intimate ties to all key pillars of Iran’s highly competitive political landscape, Rouhani wielded an unprecedented opportunity to heal a divided nation, revive a broken economy, and chart a new course for one of the world’s most ancient civilizations.

But his meteoric ascent to power -- and international stardom -- has been built on a great sense of urgency.

On the top of Rouhani’s agenda is the revival of the Iranian economy. More than anything, he knows that the economy is the primordial concern of the (largely youthful) electorate. Notwithstanding the perils of economic mismanagement by the previous Ahmadinejad administration (2005-2013), particularly the heavy reliance on expansionary monetary policy and populist state projects, much of Iran’s current economic predicament is the product of Western sanctions, which were imposed over Iran’s nuclear program. Therefore, the Rouhani administration can’t resolve the economic issue without embarking on a foreign policy revamp -- and this it has done with utmost astuteness.

Today, Iran has one of the most technocratic governments on earth, with President Rouhani boasting more American PhD-holders in his cabinet than the White House. Leading scientific and policy-making experts are in charge of Iran’s critical branches of the government, from the foreign ministry to the ministry of oil and economy.

Well-versed in international affairs and crisis-management, the Rouhani administration has so far managed to secure an interim nuclear deal with the West and woo the world’s leading petro-chemical and industrial corporations, which are flocking Tehran for (so far) exploratory investment trips. Inflation has slowed down, and Iran’s currency (rial) has stabilized. After a decade of absence at Davos, President Rouhani and his American-trained foreign minister, Javad Zarif, also launched an impressive charm-offensive before the world’s economic and political elite. The current government is committed to not only break Iran out of its suffocating isolation, but also transform the country into a leading emerging market in the coming decades.

In Iran’s theo-republican system, the president is not the supreme decision-maker. But Rouhani has proven that it is possible to leverage tens of millions of popular vote to build a measure of intra-regime consensus, no matter how fragile, over a new political direction. Contrary to the claims of Rouhani’s critics, his administration doesn’t merely represent a short-term regime strategy to avoid total economic strangulation, or, even worse, war. In fact, Rouhani’s political outlook is a reflection of the dualistic nature of Iran’s 1979 revolution, which was built on a unique vision of an Islamic order as well as a historically ingrained devotion to Iran’s national interest and pride.

His government represents a new synthesis in the three-decade-long dialectical struggle between Iran’s revolutionary zeal and rational self-interest. For Rouhani, the best way to preserve the Islamic revolution is to ensure the survival and prosperity of the country. This would entail difficult compromises along the way, and a measure of psychological dissonance among more hardline factions, but the overall product is a more optimal alternative to current zero-sum struggle between Iran and the West.

It is not about returning to the old days of Iranian alliance with the West, but instead about the creation of stable, albeit competitive, coexistence with world powers, including the U.S.

But his mandate is far from unlimited, and the new political synthesis is yet to establish its roots. Much of his influence will depend on how successfully the Rouhani administration manages to strike a mutually-satisfying deal with the West, especially on the nuclear issue, and deliver on his promises at home. And this is why the coming months will represent a decisive chapter in Iran’s history. Depending on the outcome of the upcoming negotiations between Iran and the world powers (P5+1) over a final nuclear deal, the destiny of Iran and the Greater Middle East could be dramatically altered.

Yet, one thing is clear: More than ever, the Western governments, most notably the Obama administration, have a credible counterpart in Iran, which is willing to go the extra-mile to resolve long-standing differences in the interest of avoiding war, boosting economic relations, and improving the security of the region. But this will require both sides to avoid a maximalist negotiating position, and arrive at a creative compromise, which allows Iran to retain a semblance of nuclear sovereignty, especially over low-grade enrichment, in exchange for comprehensive, real-time verification of Iran’s nuclear activities.

What both sides will keep in mind, however, is that overcoming the nuclear issue could unlock a historical opportunity to integrate Iran as a responsible stakeholder in the management of regional affairs as well as a major market for international commerce. And the alternative to diplomacy is an unspeakable conflict with devastating implications for the world. The stakes couldn’t be any higher.

Richard Javad Heydarian is a political science and international relations lecturer at Ateneo De Manila University (ADMU), and has served as a policy advisor at the Philippine House of Representatives. He is a regular contributor to Asia Times and Huffington Post on Asian geopolitics and development issues, and has been interviewed by leading newspapers and media outlets such as Aljazeera, BBC, Bloomberg, CCTV, The New York Times, NPR, South China Morning Post, Voice of America, among others. He is the author of "How Capitalism Failed the Arab World: The Economic Roots and Precarious Future of the Middle East Uprisings" (Zed, London).

- "How Capitalism Failed the Arab World: The Economic Roots and Precarious Future of the Middle East Uprisings" (Zed, London) by Richard Javad Heydarian.