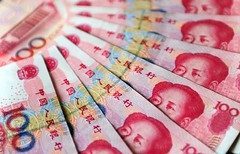 Let's not get carried away, Asian Infrastructure Investment Bank faces many hurdles, writes G. Bin Zhao.
G. Bin Zhao says while the AIIB does have great potential, we should be aware that the China-led bank faces key challenges and difficulties from the outset.

At the recent Asian-African Summit held in Indonesia, Indonesian President Joko Widodo said that those who still insisted that only the World Bank, the International Monetary Fund and the Asian Development Bank can solve global economic problems were adhering to outdated ideas, and establishing a new international economic order open to the emerging economies was imperative.

Although he did not directly mention the Asian Infrastructure Investment Bank, his views are highly representative of those held in Asian countries.

Earlier, when Britain, Germany, France, Italy and other major developed economies applied to join as founding members, the significance of the bank was greatly enhanced, but also exaggerated. For example, former US Treasury secretary Lawrence Summers claimed that "I can think of no event since Bretton Woods comparable to the combination of China's effort to establish a major new institution and the failure of the US to persuade dozens of its traditional allies, starting with Britain, to stay out of it". More extreme, some people think it marks the economic and political decline of the US and the end of the American century.

Although the potential role of the infrastructure bank has been touted and highly praised, it is important to remain calm and think objectively as the institution is still in its infancy. Particularly worthy of attention is the fact that China has no experience in independently creating and leading any large international organisations and therefore there are likely to be many difficulties and challenges at the outset. Specifically, in terms of corporate governance, organisational structure, management teams, business models and the like, the slightest mistakes may lead the bank to become an "abandoned child". Undoubtedly, learning from the successful experiences of existing international development banks may be the way forward.

I serve as the China consultant for a successful regional development bank - the European Bank for Reconstruction and Development. This experience allows me a unique perspective to examine several strategic choices that will be required as the Asian Infrastructure Investment Bank is established.

First, the key for the bank to be competitive and successful lies in adhering to market-oriented operations and achieving a triple-A credit rating as soon as possible to keep the cost of financing low. This is likely to be a relatively difficult task in the short term. China's own sovereign credit rating is only AA-, while the bank is a new institution, with the majority of its shareholding countries relatively less economically developed.

On the one hand, the guarantees provided by the shareholders might be considered relatively weak, on the other, with most of the infrastructure investment targets located in economically underdeveloped areas, the projects themselves can be expected to have high risks and unstable returns.

For this reason, finding a way to deal with the existing rating standards may require a considerable amount of planning. For example, before the formal establishment of the bank, it would be wise to establish regular communication with the world's three major ratings agencies to actively solicit their views and develop a full understanding of their ratings requirements. In this regard, the experiences of shareholders from developed economies must be solicited to help facilitate the process.

Second, the choice of Beijing as the headquarters is not necessarily the best option. The severe air pollution, which has become a subject of growing concern in recent years, has made it a real challenge to entice multinational executives. In addition, if other issues are taken into account, such as the financial environment, the availability of international talent, the challenges of traffic, the rule of law, as well as other factors, Hong Kong may prove a better and more acceptable choice.

Furthermore, must the president of the institution be Chinese?

According to multiparty sources, since the bank is to be established under Chinese leadership, then the top leader should also be Chinese. As a result, some people may ask, what does this imply about China-led international institutions and other agencies in the future? Must other international organisations promoted by China also select Chinese people as leaders?

In addition, in the English language, the word "Chinese" may refer to people on the Chinese mainland as well as those from Hong Kong, Macau, Taiwan and overseas Chinese residents. How do we define a "Chinese" leader?

This reminds me of a painting in a museum in Xian , which depicts foreigners as senior government officials during the Tang dynasty. If our ancestors could make foreigners senior officials in the domestic government more than 1,000 years ago, and if the vision of the "China Dream" is to restore the prosperity seen during the Tang dynasty, then do we also need to be more tolerant?

Finally, the establishment of the Asian Infrastructure Investment Bank is only the prelude to the regional development of China's "one belt, one road", and also marks the beginning of Beijing's intention to accelerate its deeper integration into the world economy. The initiative is of great significance to the global economy, which is still very weak. Perhaps China will benefit, but dozens of developing countries within the region and the world economy may prove to be the biggest winners.

So, for those people who speak highly of the Asian Infrastructure Investment Bank, should they consider more far-reaching issues, or is it more realistic to merely offer some constructive suggestions at this time?