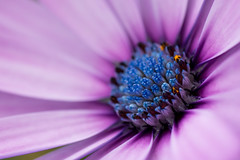 Africa and China -- a blossoming partnership

Africa’s economic prospects are better now than they have been over the past half century, thanks to a blossoming partnership with China and other Asian countries writes John West.
When most African countries secured independence from their European colonial masters in the 1950s and 1960s, the continent was seen by many economists as having a very bright future. Rich in natural resources and with well-established trade links to Europe, the African continent was believed to have a distinct edge over resource-poor Asia.

But Africa’s promise was not realised. Poor governance sapped its potential. Further, it got caught up in the Cold War competition for allies between the West and the Union of Soviet Socialist Republics. And assistance from the World Bank and other donors financed more corruption and waste than infrastructure, institutions and human capital − despite the heavy policy conditionality.

Over the past decade or so, Africa’s development trajectory has shifted up a gear, with sub-Saharan Africa averaging a 6% economic growth rate. One important driver has been China’s rich appetite for natural resources, which has boosted African exports of oil, gas, timber and minerals. China’s trade with Africa has already leapt to over $200 bn a year – more than twice that of the US – making it Africa’s most important trading partner.

Since much of Africa’s potential still lay undeveloped, China is now making very large investments in Africa. According to Chinese Premier Li Keqiang, from 2014 to 2020, trade between China and Africa is expected to double, and the stock of Chinese outward foreign direct investment in the continent will quadruple to $100bn. African ports are critical to China’s $40bn ‘Maritime Silk Road’ project.

China’s rapidly increasing investment in African infrastructure is very welcome. The continent is in desperate need of improved infrastructure. According to the World Bank, just 16% of Sub-Saharan African roads were paved in 2011, compared with 65% in East Asia. Likewise, only one in three Africans had access to electricity, against nine in 10 people elsewhere in the developing world.

More than 35 African countries are engaged with China on infrastructure finance deals, with the biggest beneficiaries being Ghana, Ethiopia, Cameroon, Zambia, Nigeria, Angola and Sudan. The finance is typically channelled through the China Export-Import (Ex-Im) Bank, which often uses the ‘Angola mode’, whereby repayment of the loan for infrastructure development is made in terms of natural resources.

There has been much debate about how beneficial Chinese investment has actually been for Africa. Common criticisms are that the investment projects result in environmental damage and feed official corruption, and that too much of the employment goes to imported Chinese labour.

While there is no doubt some truth in these claims, there is also a very positive story. The trade and investment with China has created local jobs, lifted incomes and helped build much-needed infrastructure. This infrastructure can help unleash the economic potential of the continent through new growth opportunities in the manufacturing and services sectors, including reducing intraregional trade barriers.

Africa’s partnership with China has also been a means of economic diversification away from its traditional partners, the US and Europe. This is important because it is difficult to claim Africa’s close links with Western countries in previous decades led to very positive results.

China has also become more sensitive to African public opinion by promoting sustainability and soft power, and providing development assistance. Africa may not be a beacon of democracy, but public opinion does matter, as it also increasingly does in China. The $2bn ‘Africa Growing Together Fund’, which the People’s Bank of China established in 2014 with the African Development Bank, is an initiative that seeks to allay concerns about China’s approach to Africa.

We should also not forget that, as an observer country in the Non-Aligned Movement, China is not a new partner of Africa. Its first contribution to African infrastructure began as early as the 1970s, when it financed the building of the Tanzania–Zambia Railway Authority (Tazara) or Tanzam railway, which was completed in 1975.

Many African countries are now facing headwinds with the dramatic fall in oil and other commodity prices, and the softening in the Chinese and other Asian economies. But Sub-Saharan Africa could still achieve growth of around 5.0% over the coming two years, according to the IMF.

Looking to the decades ahead, China and Africa are natural partners. China’s need for natural resources will only grow with continued economic development. China is a manufacturer and exporter of products that are affordable for African consumers. And as cost structures rise further in China and Africa’s middle class emerges, some African countries will become more attractive destinations for the offshoring of Chinese manufacturing activities.

China’s willingness to invest in African infrastructure is very welcome, as the continent still lags way behind other developing regions of the world when it comes to supplying electricity and water, as well as road and railway development. And China has developed one of the world’s largest and most competitive infrastructure-construction industries.

Moreover, as China increasingly takes on a leadership role in the international system − through initiatives like the Asian Infrastructure Investment Bank, the New Development Bank and the New Silk Road initiative − it is only natural that China and Africa should have a blossoming partnership.

In a sign that competition is invariably healthy, China’s interest in Africa has provided a new spur to US interest − which will hopefully also be welcome news for Africa.

It was originally published by the Official Monetary and Financial Institutions Forum in "The Bulletin" of September 2015.

- A partnership – with side-effects, John West. The Bulletin, OMFIF. September 2015.