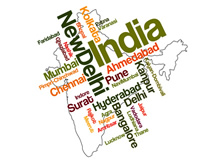 Finance Minister Arun Jaitley’s 2015-16 budget speech signalled the government’s commitment to formally legalise India’s public procurement system as a part of its continuing reforms in public financial management. Following this, the Ministry of Finance is seeking suggestions to refine the Public Procurement Bill of 2012, introduced by the previous government.

The jurisdiction of the Bill covers any Ministry or Department and any public sector undertaking of the Union government, or any company in which the government has a stake of more than 50 per cent. The procurement processes of the States and the local governments are thus not covered by the Bill.

It is in this context that we focus on three aspects relating to the Bill: its potential benefits, selected design features, and implementation challenges.

There are many benefits of a well-designed and well-implemented public procurement policy. These include fiscal savings from annual procurement expenditure; generating much needed fiscal space; and enhanced flexibility to channel government expenditure into growth-enhancing areas. It could also help in a shift towards rule-based institutional procurement.

However, the poor quality of data on procurement expenditure and its major components means that we don’t have a good estimate of potential savings from a better process. The problem needs to be addressed. Our crude estimate of potential savings generated by the revised Bill ranges between 0.6 per cent and 1.2 per cent of GDP, depending on the extent of efficiency achieved. This could assist in addressing the revenue deficit of 2.9 per cent of GDP projected for 2014-15 by the budget.

The savings would be greater if the States, whose expenditure equals that of the Union government, and all the public enterprises, also initiated similar procurement reforms. This task could be entrusted to NITI Aayog.

Several measures may be suggested to improve the design features. In its present form, the Bill’s objective is too complex, which dilutes accountability. Hence, a simpler set of objectives, as is also a global practice, would be desirable. This would also assist in improving the accountability of procuring agencies, and facilitate the task of internal and external auditing agencies.

Fourth, the international practice is to designate a nodal agency for procurement. Hence, we need to clarify whether the proposed Central Purchasing Organisation (CPO) will be such an agency. When a framework for the nodal agency is established, it will need to be reconciled with the decentralised procurement process, which has also been suggested by the two recent committees to the Indian Railways.

Sixth, the Bill also permits the procuring entity to limit competition in order to achieve other objectives, as well as exempt certain procurements from any of the provisions in the legislation such as the transparency requirements in “public interest”. However, in case of limited competition, certain other requirements such as reporting requirements, advance contract award notice, risk management techniques should be introduced to ensure that transparency is achieved.

Once a revised Bill is passed by Parliament, the following implementation challenges will need to be addressed.

Second, the 2012 Bill contains more than 20 references to ‘rules’. However, the general principles on which the rules will be based require clarity. Once defined in the Bill, the rules must be coherent and credible, while permitting flexibility.

Third, there is an implementation challenge concerning the skill sets of the officials, who will be at the interface of public procurement. Public procurement should be regarded as a task requiring professional skills. Capacity building in this direction should be undertaken urgently to ensure appropriate skill sets and that an understanding of business practices and logic is inculcated in the officials and in the organisations seeking procurement contracts.

Designing and implementing a strong procurement policy is a long overdue step towards better public financial management, and it has large potential fiscal and governance benefits. Its early passage, therefore, should be a high priority.

This article was first published by The Hindu on April 23, 2015.