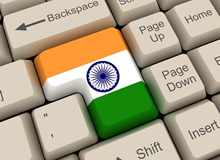 India's future pension system needs new thinking argues Mukul Asher.
As pension reforms progress, the immediacy, flexibility and dexterity of a pension system to respond to the above trends will need to be balanced with the need for a long lead-time for designing a robust system and overcoming the tyranny of small numbers.

India’s current complex and fragmented pension system requires new thinking if it is to be transformed from a welfareoriented to needs-oriented system, with much greater accessibility and sustainability. Elements of this thinking need to be designed and implemented in a systemic manner with appropriate transitioning provisions, while retaining flexibility to respond to future challenges.

India’s population is ageing with advances in longevity and declining fertility rates. The elderly population (those above 60 years) will triple to 300 million by 2050 from 100 million in 2014. At the same time, a large share of the population will be entering their economically active age groups. Estimates suggest that India needs to generate 125 million livelihoods over the next decade.

As pension reforms progress, the immediacy, flexibility and dexterity of a pension system to respond to the above trends will need to be balanced with the need for a long lead-time for designing a robust system and overcoming the tyranny of small numbers (i.e., a seemingly small change in fertility rates, longevity, or investment returns having disproportionately large impact).

Pension economics has long recognised the importance of sustained broad-based economic growth to ensure old-age income security. However, global growth prospects are likely to remain subdued for several years. Low real interest rate regime and fragile investment climate are likely to continue in the immediate future. Despite this, explicitly linking initiatives for economic growth with old age income security should constitute a key element of the new pension reform thinking. India must continue to focus on improving the quality of its medium-term real economic growth to make pension promises more credible. Recent policy initiatives have improved India’s investment climate—it received the highest foreign direct investment globally of $31 billion during the first half of 2015. In 2014-15, it climbed 16 places to the 55th rank in the World Economic Forum’s global competitiveness ranking. These are positive developments for growth.

There are some more areas that require new thinking. First, there should be a shift in focus of pension and related schemes of both market and non-market components of household welfare towards providing a bundle of goods and services the elderly need in retirement instead of just monetary amounts. To improve economic security for the young and the old, there has to be an integration of physical and digital connectivity; direct benefit transfers to reduce transaction costs and leakages through linkages between Jan Dhan Yojana, Aadhaar, and sound record-keeping and so on.

Another aspect worth considering is using government budget and other assets, complemented by corporate social responsibility funds and private domestically-generated funds, to set up community centres for the elderly to reduce their expense needs. This requires a shift towards service- and outcome-orientation, complemented by (social) behavioural changes by the elderly.

The second broad area is focusing on greater professionalism and modernisation of governance structures of existing provident and pension fund organisations. These were set up during the 1950s and the 1960s and have not undergone requisite reforms in technology and governance. The exception is the National Pension System (NPS), regulated by the Pension Fund Regulatory and Development Authority (PFRDA).

The Employees’ Provident Fund Organisation (EPFO) effectively covers only about 6% of the labour force, even after over 60 years. It has also not modernised its governance structure (retaining its unwieldy 45 person governing board), leaving little room for inducting expertise and modern management practices; and it retains its dysfunctional dual-functionality of service provider and regulator.

According to the PFRDA’s 2014 report, for three years ending 31 January 2015, NPS schemes investing in government securities provided annual nominal return of 10.69-11.27%. In sharp contrast, nominal annual returns to EPFO members were 8.75 % between 2012-13 and 2013-14. Compounded over 30 years of an average working life, this would result in huge loss of pension benefits. EPFO’s management and trustees should be held accountable for this loss. The actuarial studies of Employees’ Pension Scheme (EPS) of EPFO, civil service pension schemes of the Union and state governments, and other such schemes need to be in public domain to improve their credibility.

Currently, the Income Tax Department is the authority to approve occupational superannuation plans. But it doesn’t have the interest or competence to do this. Bringing pension schemes under PFRDA could help enhance credibility of superannuation arrangements.

The third area concerns new ideas for extending coverage of pensions to the informal sector. Lack of investment in disaggregated robust data bases, including the informal sector, has been a hindrance to developing sound pension policies. Thus, not all in the so-called informal sector are low income. Policy, tax and regulatory environments, in which people are confident to save for the long term, can aid in pension savings. The government can co-contribute for the relatively lowerincome persons.

Atal Pension Yojana (APY) is innovative because it provides assured benefits for life from stipulated contributions, survivors’ benefits, addressing longevity and survivors’ risks for informal workers via a policy and regulatory regime. For low income savers, there is co-contribution by the government. These features have economic costs, so returns from the scheme are likely to be somewhat lower than pension products without such risk-mitigation features. As of 31 July 2015, there were only 0.5 million persons under the APY; and a further 4.5 million under NPS Swavalamban Scheme (precursor to APY). There is a need to find additional ways to improve coverage, reduce transaction costs, and increase number of contributions per worker under these two schemes.

National Social Assistance Programme (NSAP), which provides Budget-financed benefits to elderly, covered only about 28 million people in 2012-13. Its extension and improved benefits will depend on effectiveness of delivery of pensions at the state level, and fiscal space at both Union and state levels.

Enhancing professionalism, providing choice to members, contestability and less uneven tax and regulatory regimes to providers, technological upgrades, and focus on governance and organisational performance are needed. A systemic perspective recognising that pension benefits in terms of bundle of services must be obtained from a variety of sources is essential. For households, this also involves acquiring skills that can have market demand when they are institutionally retired. Retirement income will need to come from many sources, and this also requires new thinking.

This article was first published by livemint, 6 November, 2015.