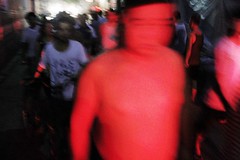 China's hukou system, which discriminates heavily against rural migrants to the city, should be abolished as soon as practicable, argues John West.

Upon assuming power in 1949, the new Chinese Communist government decided, as part of its development strategy, to prevent the movement of rural citizens to the city through a household registration ("hukou”) system. Each Chinese citizen had either a "rural" or "urban" hukou, which was basically an internal passport system.

It was a divisive dualistic socioeconomic structure with two classes of citizenship. Urban citizens worked in the industrial sector and had access to social welfare and full citizenship. Peasants were confined to tilling the soil to grow food for urban workers, and had to fend for themselves.

But when China opened up to the global economy in the 1980s and 1990s, there was a great need for low-skilled manual labor to work in factories, construction and low-end services. So the Chinese government lifted restrictions on internal migration for rural labor who became the backbone of China’s manufacturing export miracle. At the same time, rural migrants did not become eligible for regular urban welfare benefits like access to schools, health-care, pensions or public housing.

Rural migrant labor, while living and working in the city, retained their rural hukou, and thereby became an urban underclass, de facto foreigners in their own country. Even their children who might be born and grew up in the city retain a rural hukou. They are often referred to as China's "floating population". A city’s population is now divided into local and outside populations. In short, it is a system of urban, social apartheid.

This means that China's apparently impressive urbanisation needs to be interpreted carefully, since the floating population makes up a growing of urban residents. While some 54% of the Chinese population may live in urban areas, only 35% do so with urban hukous (not far ahead of India’s urbanization rate of 32%). China's floating population now represents some 19% of China's total population, a share that has been continuously rising. In manufacturing hubs like Shenzhen and Dongguan, rural migrants represent some 70-80% of the city’s population, while about 40% of Shanghai’s population are rural migrants.

Many urban, middle-class Chinese are very happy with the hukou system. They like having rural migrants to work as maids and nannies. And they appreciate having a low-cost working class to work in factories, building construction, restaurants, and massage parlours. But they also object to the idea of sharing their privileged access to public social services with peasants. Indeed, according to some surveys, large numbers of China’s city dwellers look down on rural migrants and would never want to live next to them. At the same time, some rural migrants would prefer to keep their rural hukou because they fear losing the plot of land in their village.

The hukou system imposes great costs on the Chinese economy, despite its ambition of becoming a global economic power. Restrictions on the movement of workers leads to great inefficiencies, and are completely inconsistent with a market economy. Indeed, with China’s poverty now being concentrated in the countryside, further urbanization could has great potential to accelerate poverty reduction. China’s ambition of upgrading its economy and becoming a middle-class, consumption-driven economy is inhibited by the hukou system, which locks rural migrants into low incomes.

The social costs are also large. Families are split up. There are some 61 million children “left-behind” in their villages, usually staying with their grandparents. They typically receive a poor education, with enormous class sizes and very few computers. There have been cases of child suicides, and reportedly widespread psychological problems.

The hukou system is a major factor driving China's yawning inequality. And rural migrants are treated like second-class citizens, as they suffer from disenfranchisement, marginalization, and vulnerability.

Large numbers of rural migrants live in factory dormitories, construction sites, and slum conditions in “villages-in-city”. And many suffer from wage arrears and other abuses at the hands of their employers. In short, they are at the very bottom of the global value chain.

Over the years, there has been talk of reform of the hukou system, but little action. Most recently, in 2014, the Chinese Government announced an ambitious urbanization blueprint to increase China’s urbanization rate to 60% in 2020 (from 54% in 2014), with plans to grant 100 million urban hukous to rural migrants during the period to 2020. Ironically, with the current slowdown and factory closures, some rural migrants are now returning home, so urbanization trends in the coming years are uncertain.

Priority for urban hukous will be given to those with stable work and the well-educated, only exacerbating China's inequality. Further, the government also announced a full opening for migration (with hukous) to towns and small cities, an orderly opening in medium-sized cities, while maintaining strict control in very large cities. But this is not expected to improve the lot of rural migrants, most of whom are attracted by the very large cities which offer the most job opportunities, and have by far the best infrastructure.

Overall, under these reforms the share of the floating population would only decline a couple of percentage points by 2020, and it would take three to four decades at least to fully dismantle China’s hukou system, if ever. Interestingly, some argue that the government really wants to maintain the hukou system, because it also operates as a system of social control.

The cost of offering social services to rural migrants is usually cited as a reason for not reforming the hukou system, especially by local governments which would foot the bill for providing public services. In reality, if rural migrants were granted an urban hukou they would contribute much more to the economy, and generate more taxation revenues, especially since most are young, energetic workers.

Moreover, concerns about the cost of hukou reform are totally ingenuous. The Chinese government has plenty of money for building high-speed trains, and military installations in the South China Sea, but pretends that it does not have enough money for the country’s rural migrants. Bytheway, our poor migrant workers cannot even afford to take the high-speed trains for their annual trip back to their villages.

The slow pace of hukou reform will not only pose great costs on the Chinese economy. It also runs great risks for the Communist Party. Labor and other social unrest is invariably perpetrated by rural migrants, especially the new generation of migrants which is more aware of their rights.

All things considered the hukou system is a relic from a bygone era of history, which has now gotten out of control. It should be abolished as soon as practicable. Professor Chan Kam Wing has made ambitious, but realistic, proposals for gradually eliminating China’s hukou problem over the period through to 2030. We can only hope that Beijing is reading them.