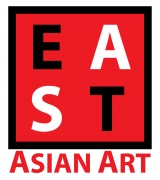 Painting to protest in Burma and Cambodia

We hope that President Obama can see some contemporary painting on his trip to Burma and Cambodia.
As part of his "pivot" to Asia, US President Barack Obama is presently visiting Burma, Cambodia and Thailand. He will be attending the East Asian Summit meeting in Cambodia, and taking in side trips to Burma and Thailand. As well as having emerging economies, these countries also have vibrant contemporary art scenes.

In this context, recent exhibitions at Toronto's "East Gallery" have displayed paintings from Burma and Cambodia which express sufferings of their peoples at the hands of their repressive rulers. Some of these painters have even resorted to the "silent art of protest" through subtle, ambiguous paintings that uninitiated, bureaucratic censors could not understand.

For example, Burma's Than Kyaw Htay is inspired by the Pa-O people of the Shan States in the north-east of Burma. They are easily identifiable by the colorful turbans worn by both men and women.

His paintings feature one or several figures standing or squatting, sometimes looking slightly off-balance, which the artist says is an echo of the dramatic changes that are going through the country now. They look out over a beautiful but empty countryside, which creates a feeling of isolation, another metaphor for the country as a whole.

The artist depicts the backs of people, because, he says, Burma has turned its back on the world. But the figures are often outlined with a thin, uneven rim of warm contrasting color, which the artist says represents the hope for a better future.

S. Moe Z. paints moody works of monks and nuns. He says, “the main feature of my composition is this contrast between dark and light ... I always paint darkness in order to appreciate the light. Without light, everything is impossible. The dark in the paintings represents suffocation in this country where most people are trying to survive. There is only a very little hope, which is like a dim flickering light."

A recent monochrome series by Yan Naing Tun captures people in the most humdrum circumstances – in the teashop, at the bus-stop, waiting at the hospital. Since Burma has started to reform and liberalize, he has added color to some of his artworks.

Yan Naing Tun also features newspapers – either as background collages or depicted realistically with his characters reading them during their everyday life. He says he feels that ordinary people are deeply interested in the news these days, avid to read how change is coming to Burma.

Hour Seya was born in a refugee camp in Thailand but returned to Cambodia as a child. To support his impoverished family, he was forced to drop out of school in grade six and cross the border back into Thailand to do menial jobs, at times illegally.

His highly emotive paintings in muted reds, yellows and blues are packed full of symbols of his difficult time as a child laborer. Footprints represent wounds, flip flops symbolize slavery while the color red expresses fear. His pictures have titles such as ‘Struggle’ and ‘Hunger’.

Chath PierSath is a Cambodian artist, poet and activist. After discovering that making art helped him to channel his emotions brought about by a childhood under the Khmer Rouge, the self-taught artist has used his paintings, collages and poems to reconnect fractured memories from his past.

Over time, Chath’s work has enabled him to make sense of himself and the world around him. His work is the product of a difficult history, a keenly perceptive eye, and a desire for change.

Pen Robit, another Cambodian artist, has an almost violent style. Red, bloodlike paint stripes over various figures, like a headless businessman, with a military hat, which symbolizes the continuing involvement of the military in business.

The paintings of these artists, and many others, express the great suffering of the Burmese and Cambodian peoples in a direct and emotional way that Obama's briefing papers from the White House and State Department could never do.

Many human rights activists have criticized Obama for visiting Burma and Cambodia in light of the record of the governments. The AsianCenturyInstitute believes that his visit is very important in terms of encouraging and pushing positive change.

We do hope however that President Obama gets to see some contemporary painting on his trip to Burma and Cambodia. From all reports, however, he seems to be visiting ancient, timeless Buddhist monuments which express a peace and serenity which, unfortunately, has not been part of the recent history of these countries.