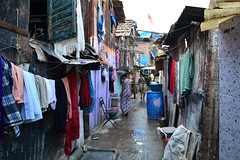 India’s cities have grown haphazardly, with little consideration of the functioning of urban systems as a whole argue Asit K. Biswas and Kris Hartley.
China and India are driving Asia’s population and urbanization trends. According to a 2010 McKinsey study, the two countries are expected to account for 62% of the growth in the continent’s urban population between 2005 and 2025, and a staggering 40% of such growth worldwide.

Statistics like these underscore the urgency of urban planning and growth management. But it is equally important to acknowledge the critical differences between the two countries. Variations in their urban growth paths, as well as differences in their approaches to environmental policy, are likely to make India’s population challenges far more difficult to address.

China may be home to 20% of humanity, but for more than two decades its fertility rate has been lower than the “replacement” level (that required to maintain the current population), with population growth expected to turn negative within the next two decades. As a result, India, where population growth is projected to remain positive for the foreseeable future, is poised to become the world’s most populous country. Most projections have India’s population exceeding that of China by 2022.

Indeed, over the next 35 years, India is expected to add more than 400 million urban residents (more than the entire population of the United States), while China will add just 292 million. For the first time, the majority of Indians will be living in cities – a significant transformation for a country whose rural population currently constitutes two-thirds of the total.

India’s two largest urban centers – Delhi and Mumbai – are often described as emerging global megacities. Delhi is already the world’s second most populous city, and it is expected to close the gap with Tokyo, the world’s largest city, almost entirely by 2030.

When population growth on this scale is combined with rapid urbanization, the associated environmental and social impacts become a formidable policy challenge. In 2014, the World Health Organization (WHO) determined that Delhi has the world’s worst air quality (based on concentration of fine particulate matter), with Indian cities occupying the top four spots and 13 of the top 18.

China has been frequently – and often justifiably – criticized for poor environmental policies. But, according to McKinsey, China has been more proactive than India in planning for rapid urbanization, demonstrating that it has the capacity and the resources to address environmental challenges. In new cities across the country, urban plans already take into account such concerns, with riparian greenways and urban nature reserves complementing infrastructure projects that have environmental benefits (for example, extensive mass-transit networks).

The differences between urban development in China and India are clear not only in the substance of policy, but also in the two countries’ governance styles. China’s leaders are placing heavy emphasis on pollution control. In advance of the 2022 Winter Olympics in Beijing, the authorities are pushing for a regionally integrated plan to balance economic growth with environmental management, including the greening of manufacturing processes and the elimination of “excess capacity” in energy production.

Such multi-jurisdictional efforts require strong coordination and a stable vision, which China’s hierarchal governance system provides. In India, by contrast, the central government has no role in managing air pollution, which is a state-level responsibility. Whatever Prime Minister Narendra Modi’s administration decides to do, state governments under the control of different parties are likely to oppose his policies, or fail to devote adequate attention and resources to them.

According to the WHO, of the 4.3 million annual deaths resulting from “indoor air pollution” (burning of solid fuels), nearly one-third (1.3 million) occur in India. A recent report argues that more stringent environmental regulation would add 3.2 years to Indians’ life expectancy. This tangible welfare gain would also include economic benefits. The resulting addition of more than two billion “life years” represents a significant amount of human productivity, creativity, and uncompensated contributions to families and society. By failing to address the impacts of rapid urbanization adequately, India is leaving these benefits unclaimed.

A good-faith, well-publicized official declaration would signal to India’s citizens and the world that the country intends to save its growing population from the life-shortening effects of urban environmental degradation. It would also provide a roadmap for improving the quality of life in India’s cities, benefiting local residents both directly and indirectly (by inducing foreign investment).

India’s competitive advantages in the new global economy are well known. But transformative social progress will be possible only if the country launches a more comprehensive effort to address pathologies long brushed off as the unavoidable collateral damage of economic growth.

Asit K. Biswas is Distinguished Visiting Professor at the Lee Kuan Yew School of Public Policy in Singapore and co-founder of the Third World Center for Water Management. He was a founder of the International Water Resources Association and World Water Council.

Kris Hartley is a doctoral candidate at the Lee Kuan Yew School of Public Policy at the National University of Singapore.

This article was first published by Project Syndicate on August 18, 2015.